Part 4: This Time It's Personal

Back home again from our Virginia trip with a renewed sense of zeal, I plunged into Tesla research. Having seen the cars on the street, having explored one in a gallery, having read all there was to read about them, I now needed to ride in one and talk to an owner. I ran a few searches and found an owner nearby... almost too close/too good to be true. A couple miles away.  Was I about to make a friend or freak out a local?

I sent Jake a message through the TMC private email and-- trying not to sound too much like a crazy stalker-- asked him about his local experiences owning an early Model S. Turns out we had a lot more in common than the car (and a lot NOT in common-- but that just keeps things interesting!) and we agreed to try and meet in person soon.

A couple weeks later Jake called my house and offered to swing by so we could see the car and talk in person. My wife took the call and afterwards met me stumbling out of the woods behind our house where I had been working (dirty, sweaty, tired). With QUITE short notice and little time to make a good first impression on appearances alone, we met Jake in our driveway and jumped right into familiar conversation. (If you look closely you can see my daughter's driveway-chalked greeting to Jake.) 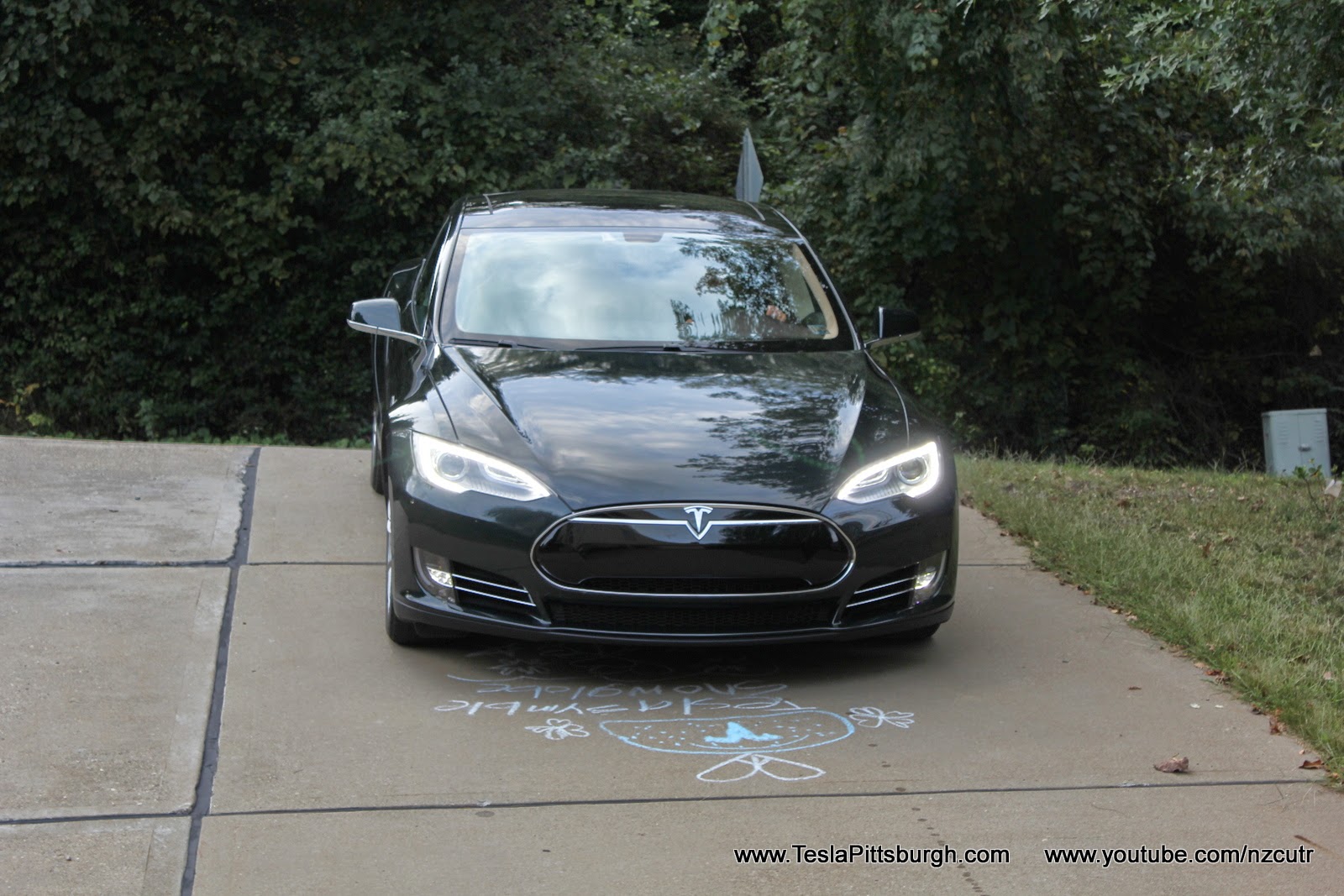 Jake insisted I drive the car to really get the full experience. I insisted that I would not. We reached a compromise that he'd demonstrate a few nuances on a short drive our and I would drive back. The first "launch" came quickly and that was that. There would be no going back! All my research and pondering was answered. If Jake could alleviate my concerns regarding the day to day viability of the car and I could make peace with the price, we would have a Tesla soon. Then the time came for me to drive. With some firm prodding from Jake, I pounced on the throttle for myself for the first time. My mind went blank and I think I temporarily forgot my name. Oh. My. 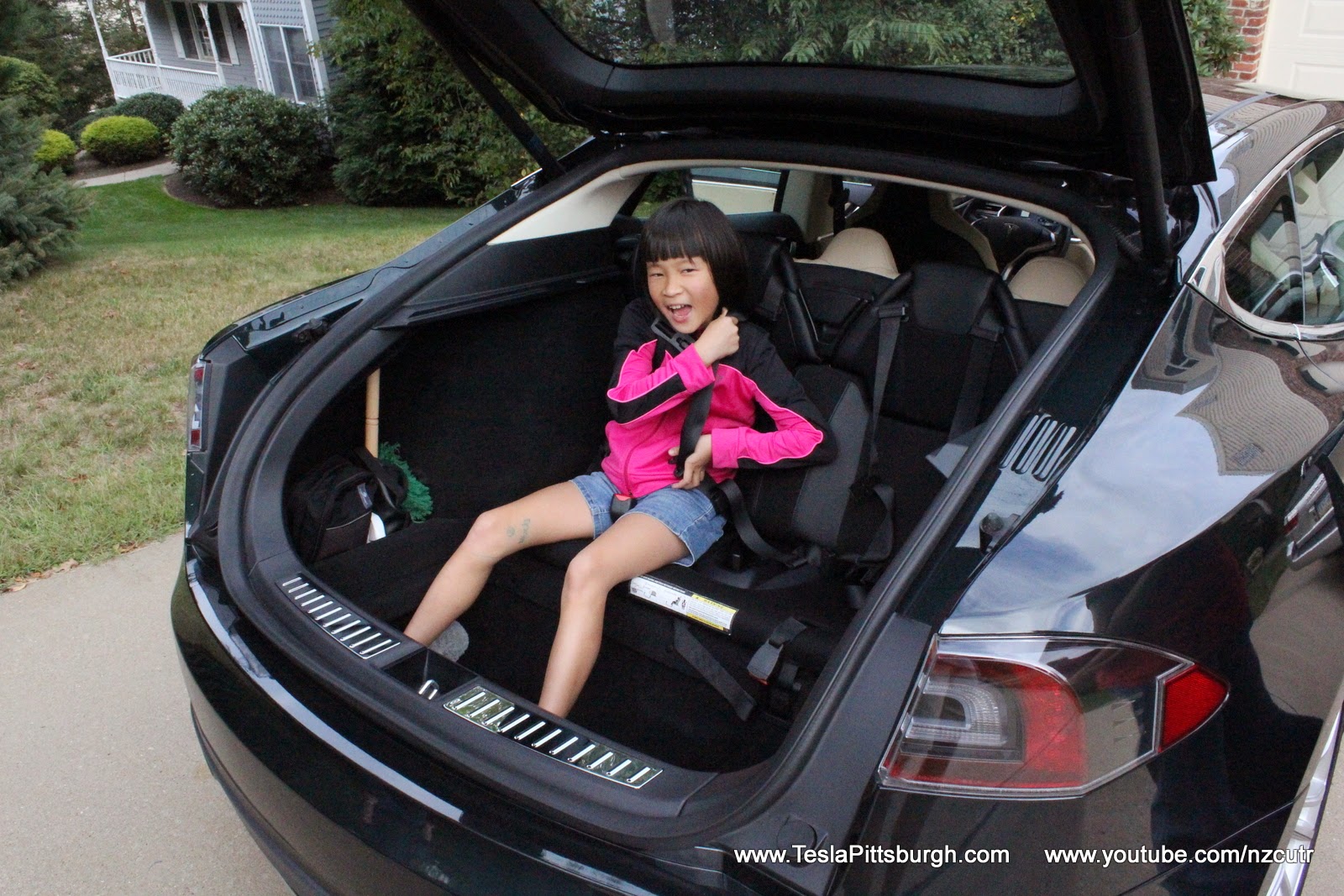 The only complaints came from the rear jump seat where Mia was getting surprised by my "launches" and was, in turn, being launched into the rear window!

It's a trite expression, but apt in this context... My friendship with Jake "blossomed" from that day and we began to have regular emails, chats on Facebook, and coffee shop runs. Conversations were liberally sprinkled with Tesla talk, to be sure, but even the world's best car can't be the only glue to a friendship and we found many points of common ground and-- I like to think-- entertain each other with our company. I'll admit I've developed a deep fondness for teasing Jake about how clean his car is and how crazy he is to let strangers anywhere near it. He is the consummate ambassador for the brand and Tesla is built upon personable and charming owners like Jake. Overwhelmed with his generosity, I wrote an open letter to him and those of you like him on the TMC Forum:  H-T-to-the-Envoys-of-the-Brand  who opened their cars to complete strangers... every chance they get. Well then, it was time for some more detailed consideration.   What could go wrong?