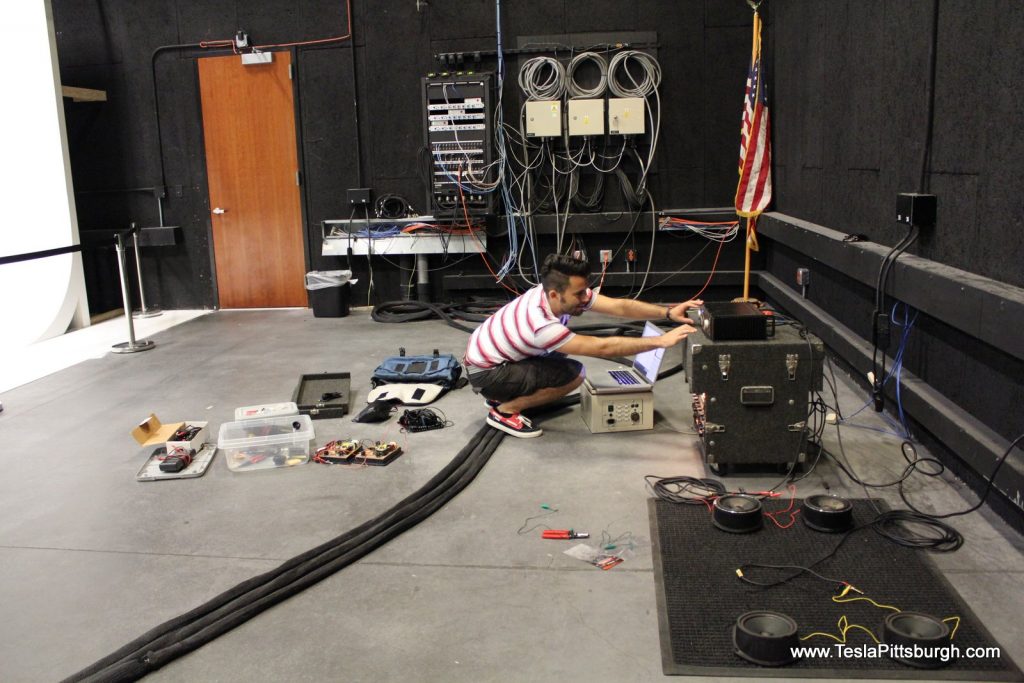 Before I installed the entire system in the Tesla, I wanted to gather some benchmark data. With the help of my friend Joseph St. Onge (who does have some legit audio expertise), we tested a pair of each speakers in a soundproofed production studio.


We rigged up the speakers so we could switch between them and/or play them simultaneously (despite their different resistances) through a varied playlist of music, including the industry standard “Alan Parsons & Stephen Court Sound Check” both on CD and lossless to USB. The other two pairs of each speakers were installed in the Tesla itself so we could compare side to side within the car using the same USB. Once in the studio, we fired up the speakers and ran them through some test tones to “set the mood.” Then we started through some high quality recordings of solo instruments.

The differences were immediately striking. Even without the resonance of the car doors, the speakers had very distinct voices. The factory speakers tend to do well with low volume and higher frequencies. Push them into more volume or lower frequencies and you get a lot of muddiness. The muddiness will also overtake the clarity of the upper frequencies as a proportional response to increasing volume.

The LH speakers match the over bright tone of the factory speakers, but they add a depth and clarity that doesn’t disappear as lower frequencies or volume are added. In short, you can crank the music without cranking in distortion and losing the distinctness of each instrument. Closing our eyes during the instrument solos left us with the net impression with the LH speakers that the musician could possibly be in the studio with us and playing live, whereas the factory speakers never allowed us that fantasy -- they sounded like a tipped over boombox was left in room. Certain songs brought out more distinctions that we would compare later car-to-car.

I’m intentionally keeping references to specific music out of this review to avoid any kind of latent bias but I will tell you that the track that first dropped our jaws was “Billie Jean” by Michael Jackson. The song has a shaker featured in the intro as a bass line walks around the keyboard. On the factory speakers the shaker dominated the wall of sound and it seemed like a good 85% of the decibels were shaker-related. Switching over to the LH speakers dropped the shaker deep into the midfield. It was still prevalent, but was mixing in with the rest of the scene at closer to 60% of the sound.

Other music tracks brought out similar distinctions in the deep bass frequencies. Even when we tried to mimic the resonance of the doors using two identical boxes for each set, the effects were unchanged; the LH speakers provided more volume, more separation and reproduced the mix we got in our studio headphones more faithfully. 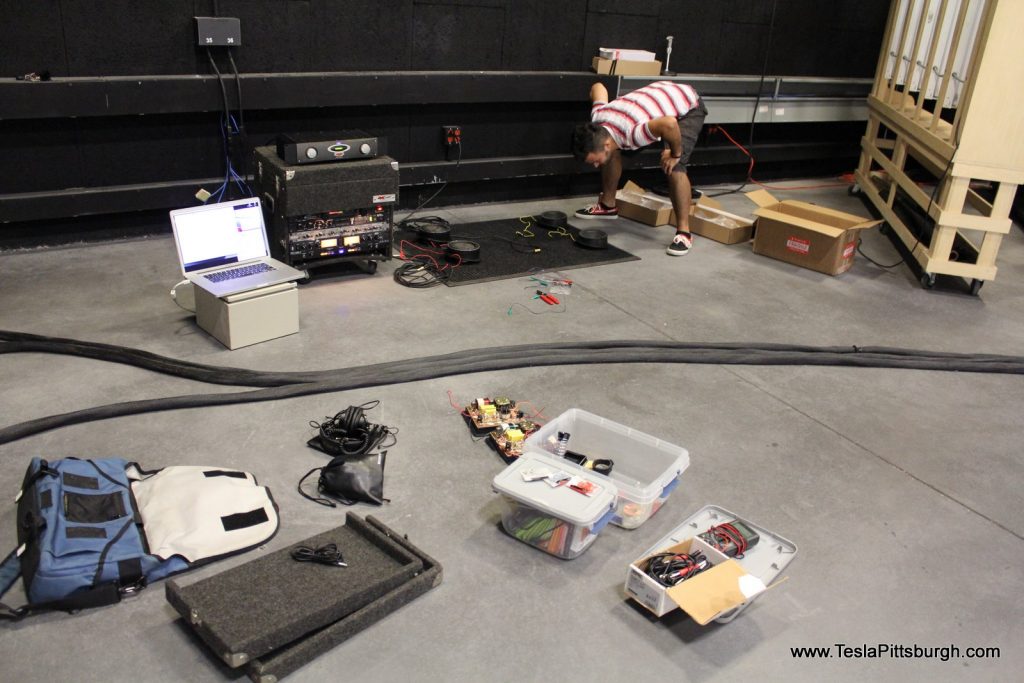 Back in the Tesla, we played the same track selection on each side of the car. Generally, reduced ohmage results in poorer but louder sound, but even though it results in a higher quantity of sound at the same indicated volume number, the LH speakers still sound better than stock because of their improved construction. The doors’ resonance also improved the warmth of both sets of speakers but it wasn’t a net change between them.

The LH set maintained their clear lead over the factory system in all but the lightest volume with the highest frequencies. Skeptical that any genre of music offered the kind of frequency range that would make the factory speakers a better choice, we agreed that would be decided by a real world test against other Teslas. 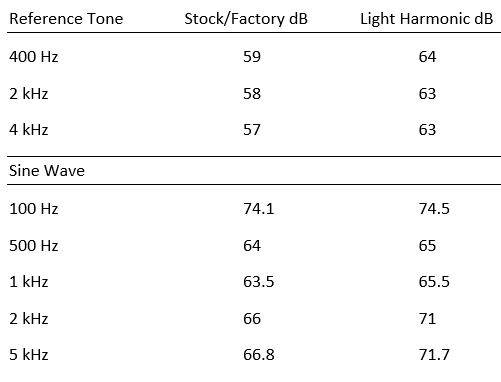 Measurements taken inside the Tesla under the same conditions backed up our impressions of higher volume.  Reference tones were played through the factory speakers before the project and then again after the LH system was installed.  I'll admit I had some difficulty hearing some of the frequencies and measuring some of the others, but the results in the table were easily repeated.

Enough playing around, it's time to get these speakers mounted up and installed!  Click here to see how it went.