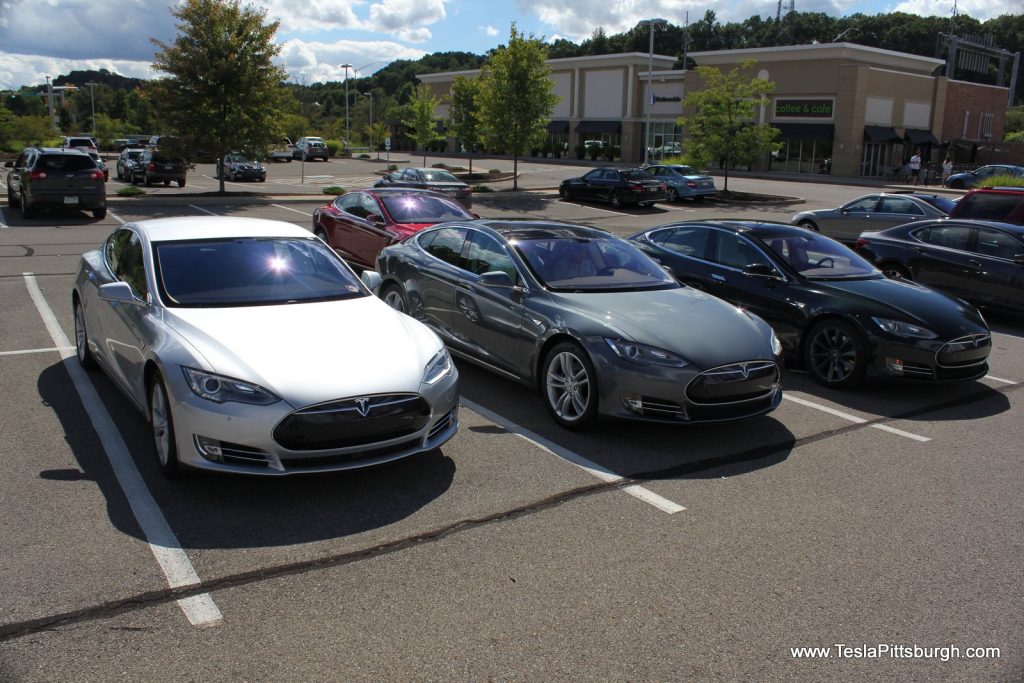 I finished the installation of the Light Harmonic speakers and then gathered up a small fleet of comparison cars. Rather than get bogged down in stats, we did more of a focus group approach.
Claus, Jake and Darren brought their cars to be guinea pigs and my friend Joseph returned to lend his professional ears. We had Claus’ standard audio car, my car with the LH speakers and Darren and Jake brought UHFS cars. My car and Jake’s were pre-Autopilot and since we weren’t sure if Tesla added more sound insulation when they changed production lines, we tried both and noted no significant difference between them and those of Claus and Darren.

For the comparison, I had each owner bring their own USBs of music that they felt would be good for the test and including some of their favorite genres and songs. That way, they’d be able to note differences between how their music normally sounded versus how it sounds in the other cars. We also had the same collection of test tones and tracks from our studio testing and as a group we covered a broad range of styles and tastes. We’d play through some selections in each car, jumping up and down the line as a group then change up tracks and repeat the process, first with the equalizers and faders at zero and later with adjustments as we deemed necessary. I’m not sure how many laps we made, but it was many and we worked through so much material that the test took about three hours -- which was also a lot of fun -- thanks again to my test team! 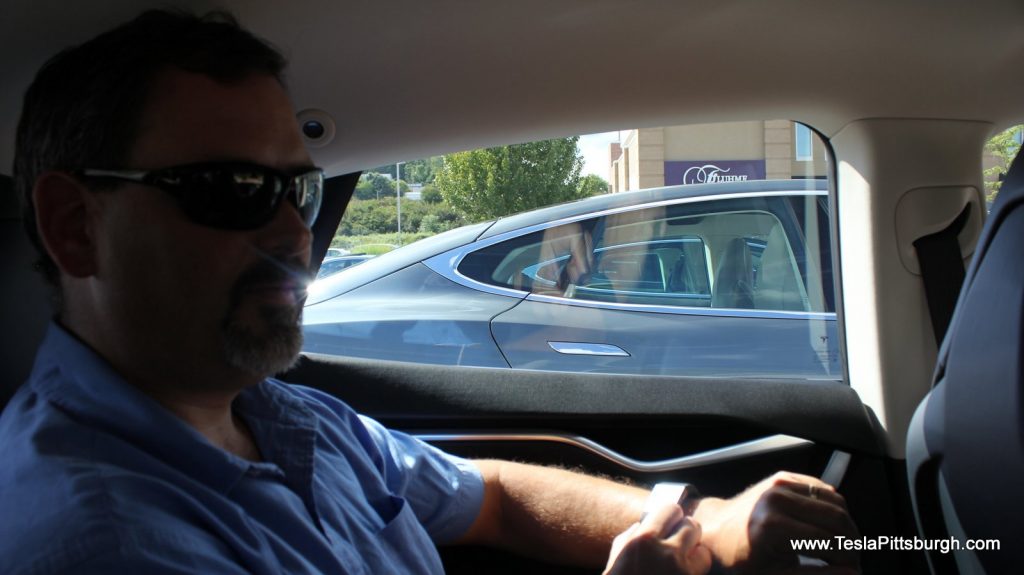 In the end, everyone ended up with some degree of satisfaction and -- I hope -- a set of conclusions that will be useful to everyone. It gets a little complicated, so let’s go back and point out that there are many genres of music and other audio sources/types. Some will be more limited in their tonal qualities and frequency ranges than others and depending on what your typical inputs and styles are you might have a different recommended course of action than someone else with the same car configuration but different predilections.

For listeners with an interest in higher volumes or music with more bass frequencies, the LH speakers offer a big step up. Compared to the standard speakers, we felt the LH speakers moved a lot more air and provided a lot more bass and midrange. They were also dramatically better tonally with each instrument standing out and well mixed. Claus’ car has the standard audio and he noted that “the high was a lot crisper with the LH and the bass was a little clearer.” Boosting the bass in the display’s equalizer could even approximate the thumping of a subwoofer and might be all that many need -- at a price that massively undercuts the UHFS. 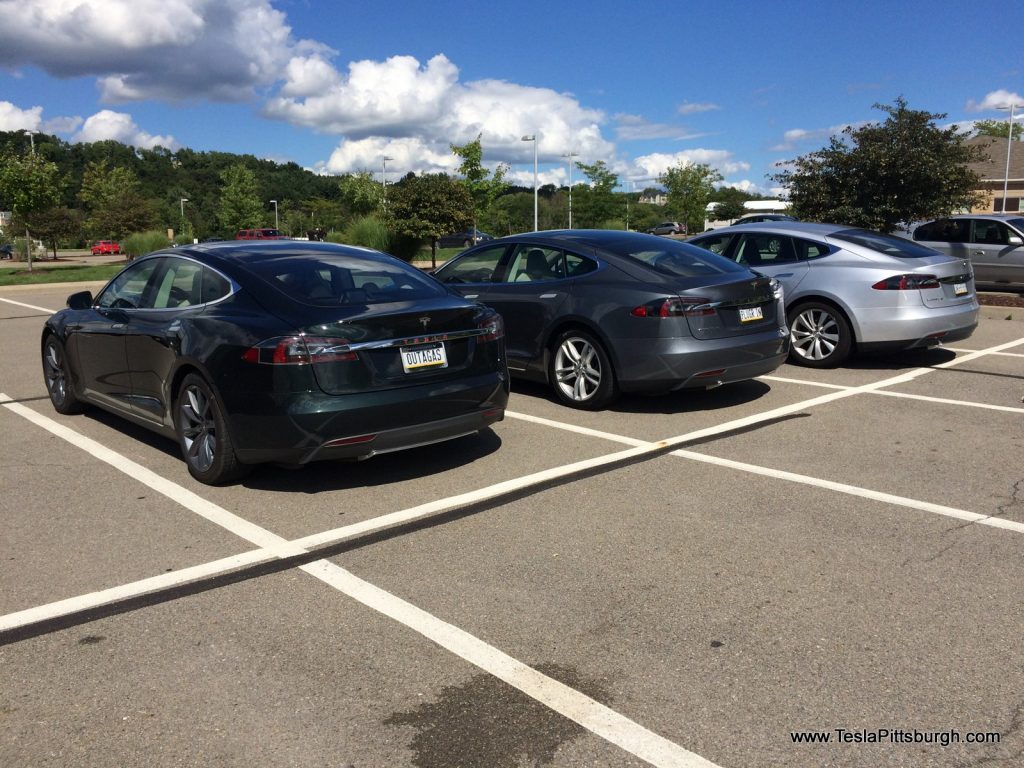 Joseph summarized his thoughts after our session: “My assessment is that the standard sound is good but it's a little tinny and the mids come through a little bit but that they kinda get muddied over by the highs, so the highs and mids kind of compete with each other. And the bass comes through but it's low, so the bass is kind of underneath everything. When we were in the LH car, the mids really come out. They're the highest sounds that I hear. So the highs are kind of back a little bit more, mids come out -- which is good in a lot of pop music, a lot of pop music pumps up the mids -- and the bass comes through a lot more too. It vibrates more of the car, more of the frame. So for not extra volume, you get more bass.”

When compared against the factory speakers, the LH speakers are clearly superior. The unusual change in the sound of the “Billie Jean” shaker also repeated itself again, with the standard audio giving the hissing high frequencies too much dominance. However, if you are a talk-radio or podcast fan, the frequency response of the factory speakers will be fine. If you prefer music that is biased to higher frequencies (some classical, jazz or female vocalists in particular) and you tend to listen to them at lower volumes, the factory speakers should cover you as well. Distortion on the standard speakers is firstly and mostly noticed at higher volumes and mid to lower frequencies. 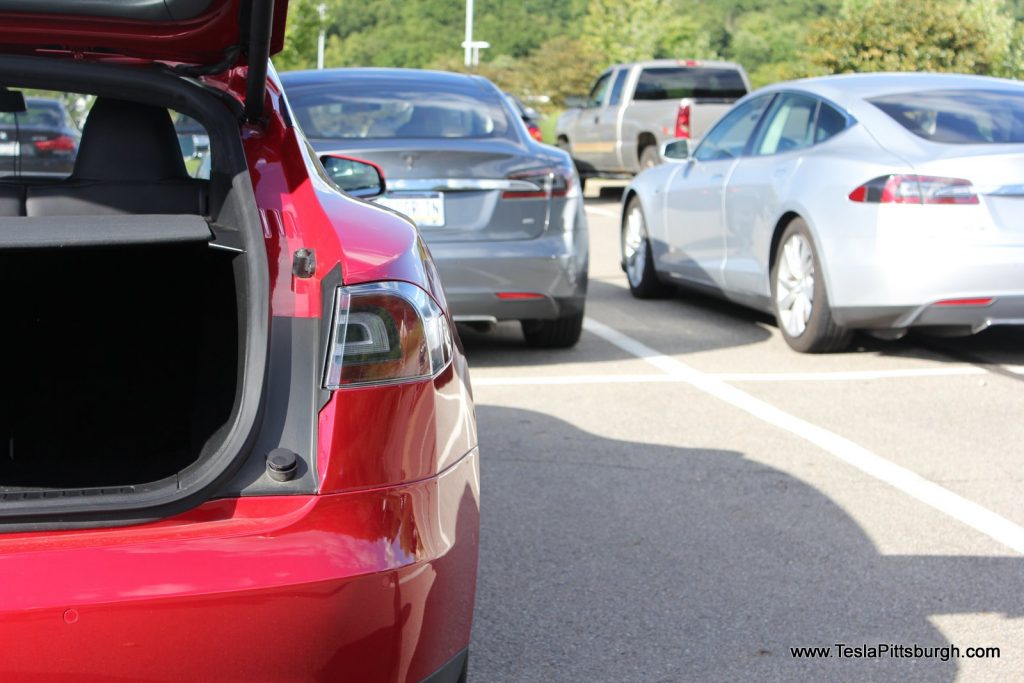 The owners of cars with UHFS were gracious about the standard speakers, but clearly felt their money was well spent -- ah, but this was the showdown we were most anticipating. When compared to the LH speakers, it was generally agreed that at low to moderate volumes they were a direct competitor to the factory upgrade. In fact, the factory speakers seemed to have a thinner mix compared to the depth the LH speakers brought to the party.

“Premium sound-- I have to say-- sounds almost just like a studio,” commented Joseph. “It sounds like the studio reference monitors that I hear all the time. So the bass comes through real punchy, real crisp.” What it lacked, we agreed, was the mid-range depth the LH speakers had.

The additional speakers in the UHFS also created a different environment in the cabin space. I’ve noted this in my loaner cars too, where my typical podcaster sounds likes he/she is sitting right in my face on the steering wheel. The sound is much more concentrated on the front of the cabin with only the rumbly low frequencies to remind you that there are actually more speakers behind you.

There’s also some wackiness that goes on depending on whether or not you have the Dolby turned on. Darren noted that to compensate for this he typically fades sound way back: “...for me, with Dolby off, the rear fade is -12 for a good balance from my seat. With Dolby on, it is -6. Big HUGE difference.” We eventually attributed much of the UHFS thinness in the mids to a too-invasive Dolby setting. Once it was turned off and the equalizer adjusted, Joseph commented that the “mids come through great... the highs are crisp and those added speakers at the front really bring together the sound.

The one thing that I did notice was that -- like Darren had suggested -- is you really want the sound more towards the back to kind of get the full spectrum of all the sound. So the premium sound you move the sound back, you get more of the full sound. On the LH and standard, you can have the sound [fader] pretty much at zero and it fills up [the cabin].” That “full-cabin/centered sound” was regarded by all to put the LH on even ground with the UHFS even though the acoustic feel was starkly different. 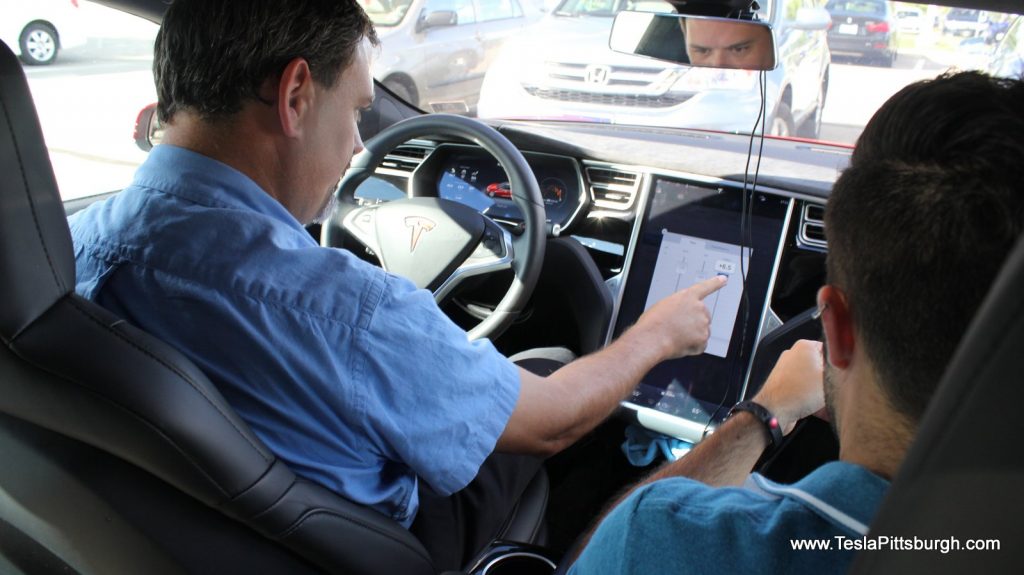 Just as the UHFS owners were beginning to doubt their option choices, we spun the systems up to some thumping music and ear ringing volumes and circulated through all the cars again. As the UHFS was called upon to bellow out hard rock and some of Joseph’s more rigorous tracks, the subwoofer began to deliver -- and boy does it!

The amount of low hertz the sub can bring to the battle just creams the LH speakers and the standard sound. The quality of the mids doesn’t improve nor is the clarity any better, but the sub just does what mere door speakers can’t. It’s the gun in a knife fight, a daisy-cutter landing right in the weak spot of the LH and standard audio’s pastures. LH will need to bring their genius minds to bear with Part 2 of the upgrade and undercut the competing subwoofer kits to win. Darren was the first to admit feeling relieved that his anticipated “buyer’s remorse” wasn’t justified… yet.
So after ALL THAT, what is the final verdict?  Well, it's complicated, but I'll do my best to explain it when you click here.