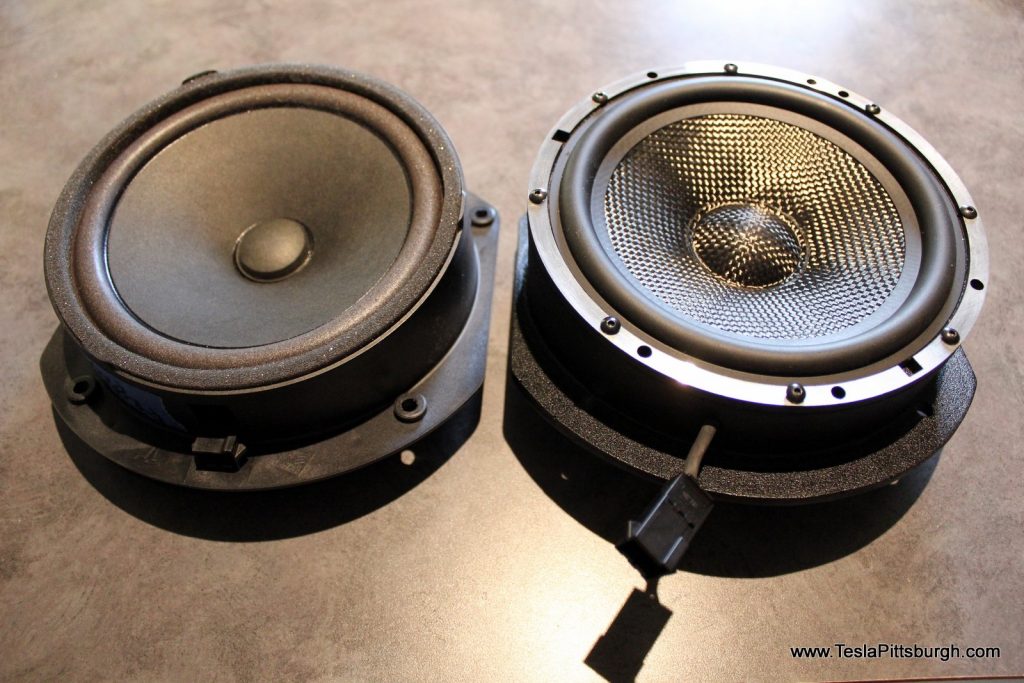 If it’s true that “a picture is worth a thousand words,” then look at those two speakers. Can you see the difference? Alrighty then, that’s pretty much my review. Let’s get this out of the way early: I am not an audio expert or engineer. But before you click away, let me assure you I’ve assembled a very qualified team and we’re going look into this subjective minefield of Tesla audio and see if I can’t persuade you to hear with my written words.

If I can't persuade you with those... here's a video!

Deciding which audio system to configure your Model S with is among the most ponderously debated discussions online and I’d bet a lucrative line item on Tesla’s post-order confirmation change fee reports. The consensus is generally that if you care about audio quality -- or even THINK you might -- then go ahead and drop another $2500 into Elon’s coffers for the Ultra-High-Fidelity Sound (UHFS). After all, the reasoning typically goes, you’re already spending so much… what’s another $2500? When you send the extra $100 bills to Fremont they’ll add an additional four speakers and a subwoofer over the standard audio. You also get upgraded speakers in the front doors, an additional 360 watt amplifier, Dolby noise reduction and XM radio (with the panoramic roof only) -- but you still have the same standard speakers in the rear doors. Total amplifier power increases from 200 watts to 560 watts. Sight unseen -- or rather, sound unheard -- I bucked the conventional thinking in 2014. There was no opportunity for me to try a car with the standard audio, but I talked myself out of the upgrade by assuming if it proved to be insufficient then I could surely fix it for less than $2500. Besides, in my experience the UHFS isn’t $2500 better. I think there’s a large placebo effect among those who have paid for it. Early owners only paid $950 and that was a more realistic value.

There have been several aftermarket tuners who have “stepped up to the microphone” to improve the audio systems in Teslas. Reus and NVX are probably the best known. Reus will do a near-complete rebuilding of the sound system with a price tag to match -- it’s substantially more expensive than the UHFS upgrade and clearly not targeting my ears and budget.

NVX offers a subwoofer kit for about $1000 that includes an additional amp but requires a lot of confident digging behind trim panels.  I’d considered that a possibility but since it didn’t address the rest of the system, my concern was that it would only increase the amount of bass and make the muddiness of lower frequencies from the standard factory speakers even worse. Sure, I could pair it with an upgrade to the door speakers from someplace -- but then I’m approaching the UHFS option price and buyer’s remorse would start to set in probably about the time I spilled blood or sweat installing my own upgrade. 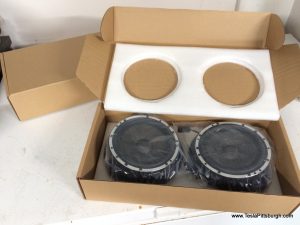 A company called Light Harmonic (LH) had been prototyping and testing an upgrade to the UHFS when I noted that they’d expressed an interest in expanding to a plug-n-play upgrade for the standard audio. Getting the upgrades to market took some time, but as the early feedback started appearing for the UHFS upgrade (which costs $1800 and includes hand-wound speakers and a gorgeous custom amplifier that replaces the 360 watt factory one) it was clear those who waited were not disappointed-- and these were customers who were ripping out their $2500 UHFS in addition to the LH system price! For the standard audio system upgrade, LH offers a two-part upgrade. 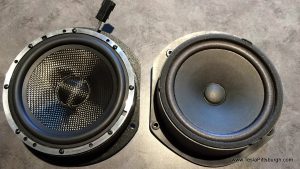 The first part hits the cash register to the tune of about $1000. It includes four custom speakers that are designed to be plug and play with the factory speakers, so you can upgrade both the front and the rear door speakers, a notable difference from the UHFS. Part 2 is still under development, but will likely end up being a direct competitor to the NVX subwoofer kit, complete with a custom amplifier and crossover. If LH could deliver on their claims of vastly improved audio for $1500 less than the factory upgrade, not only would my decision to be stingy be vindicated but the ordering math would change for many other people as well. 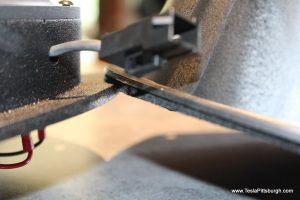 FedEx dropped the box on my front porch one day while I was at work. I hope the driver didn’t get a hernia. Moving into my workshop, I unpacked the contents and found the LH speakers carefully wrapped and packed into two cartons. 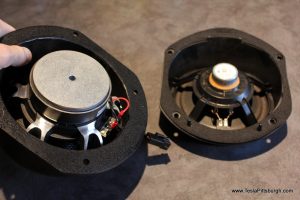 No paperwork or installation instructions were included, but LH has a series of helpful videos on their YouTube channel that I’d already watched. Digging through the packing layers, I was nothing short of stunned when I saw the first speaker! I’d already prepped my car by removing the door panels and speakers from all the doors except for the Driver’s door, so I was quite familiar with the factory speakers by then. I couldn’t take a comparison picture fast enough -- look again at these two speakers, the pictures really tell the story! 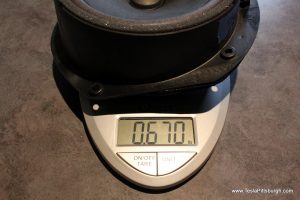 To get a better idea what LH was up to, I did a quick physical comparison of their speakers to the factory units. On the back of the speakers I noticed they reduced the ohmage in half, which effectively makes the speaker wattage double. LH has also dramatically increased the size of the magnet -- it’s like comparing a stack of quarters to a hockey puck. 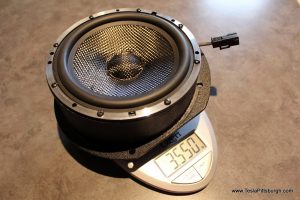 The overall assembly of the LH speaker is superbly done with top shelf materials that make the stock speakers’ paper cones shameful. Even the plastic housing is twice as thick! I decided to weigh one of each to see what all that translated to in the end. The stock speakers are about 2/3rd of a pound. The LH speakers are… <drumroll>... over THREE AND A HALF POUNDS. That’s right, all four of the factory speakers together still weigh a pound less than ONE of the LH speakers. Those magnets are no joke.

A comment on my YouTube video led to some interesting facts about those magnets.  Rather than try and do science, I'll let Ryan Nutter explain it in his own words:

"The factory Tesla speakers utilize neodymium magnets in the motor structure of the speakers, which accounts for the smaller size. The LH model obviously uses ferrite magnets. Since neodymium magnets are so much stronger than ferrous magnets, there's no need for them to be bigger. So these days, size means very little when it comes to speaker magnets. On a side note, neodymium is actually a preferred material to be used in speaker drivers because its magnetic flux is more linear, and provides better control over the voice coil, vs ferrous magnets which have a stray flux. The LH drivers were definitely better built over all, but the magnets were probably a close draw between the two.﻿"

Click here to see what happened when we took the Light Harmonic speakers into the studio and see how they perform head-to-head against the factory speakers in a controlled setting.