Trust Is a Many Splendored Thing

Within DAYS of finding out we were getting a Tesla our kids had already worked out a plan.  The same kids that can't clean their rooms without a detailed explanation of WHERE THE DIRTY CLOTHES GO had suddenly birthed the capability to land a human on Mars and return him/her safely to Earth using only Lego and rubberbands.  "We got this" they said, eyes twinkling and hands rubbing as they huddled in whispered negotiations.  I was not so deluded as to think OUR best interests were in their hearts-- no, they were trying to figure out how THEY would get the Tesla more often than anyone else. 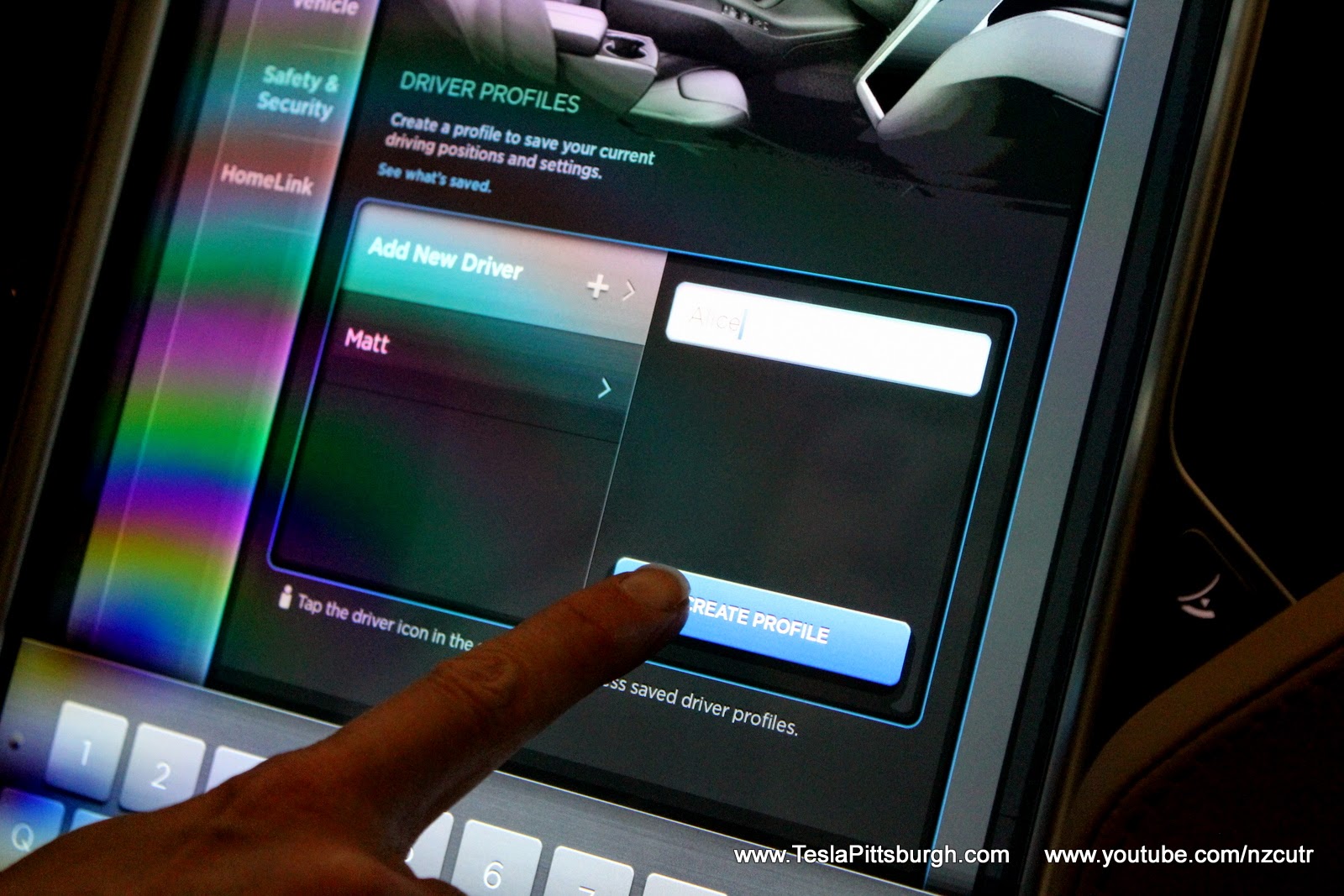 A cornerstone of their plan was that I share the car with my beloved wife.  Treasure of my treasures, joy of my joy, and...  co-profiled driver of Serena.  But... but...
It's not that I don't trust her.  And frankly it isn't like she doesn't deserve her very own Tesla.  The woman works hard and struggles much with the needy little lifeforms I often affectionately think of as "those monsters of ours".   No, the desire is purely selfish.  I want it all.

Alas, all those well-intended lectures about "sharing" were coming back to haunt me.  The children's conspiracy to get warp-speed rides to piano lessons and whooshed deliveries to scout meetings meant that Serena would not be waiting for me in the garage some mornings.

It was time to set up her Driver Profile in Serena. 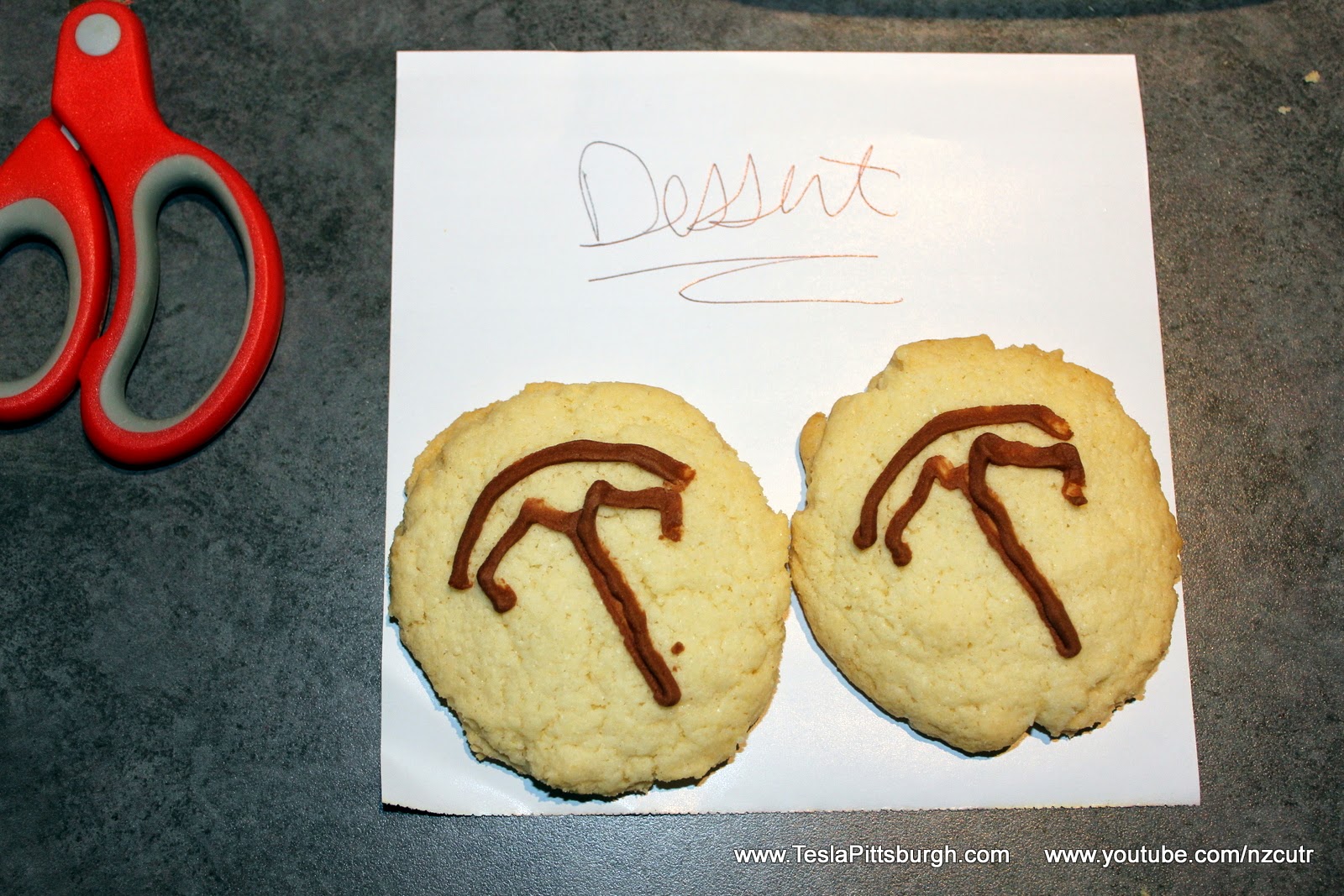 Now don't get me wrong, my wife has always been on board with the Tesla plan and a fan, those less vocal than  me-- and I don't take credit for convincing her.  The cars really do sell themselves.  I mean, yeah, I whispered in her ear while she slept but I doubt that really works in real life.  So enthused was she that she made cookies to commemorate delivery week.  Cookies!  TESLA cookies!   That's a pretty cool wife.  How many of YOU got Tesla cookies?  Hmmm??

Truthfully I'm happy to share the car.  No really!  I just have to keep repeating that to myself until it's true, I believe it, and the unicorns bring me more pixie dust.  I'm happy to share the car.  I'm REALLY happy to share the car.  By sharing the car, my wife and I will have another joyful thing in our lives together and we can do that self-congratulatory smile and head nod to each other that all married couples have.  Granted most of them do it when their kids get an award or a home improvement project goes perfectly according to plan (so I've heard-- I don't think we've ever had either happen), but now we'd be able to smugly nod at each other as if to say "yeah, baby...we got THIS together and it's great!" 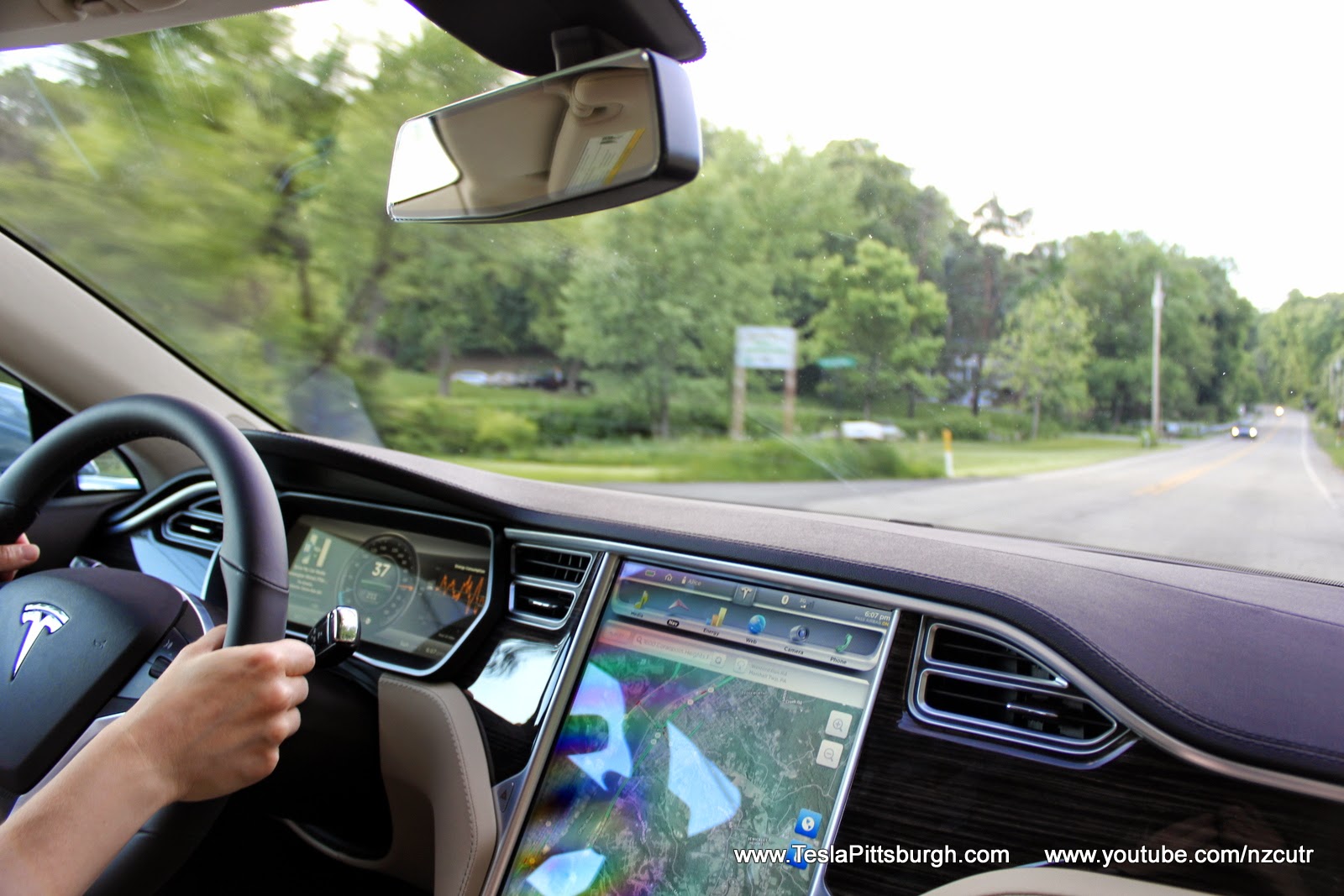 Sunday afternoon we went out for the FIRST drive with her behind the wheel of our very own Tesla.  I took several pictures but I'm not allowed to show you most of them because we did it in our Sunday-afternoon-chore-clothes.  For my wife, that means a T-shirt that is older than our marriage so I'm honor bound not to show it (REALLY! That is not an exaggeration.  The shirt is thought to have been worn by Ugga when her husband Zog discovered fire.)  So there we were, wheeling around our township in a car that cost... what it costs... and wearing clothes that would embarrass Honey Boo-Boo's parents.  It wasn't a long drive, but it had the required launches and just out of frame in that picture above is a Tesla grin.  A wide beaming smile that no other car can deliver.  Oh yeah, we GOT this.  I'd love to show her smile to you, but then she'd kill me.   Trust me.  I think she wants the car to herself.  Not that I blame her.