Hi.  I'm Matt.  And I have a teenage son.  [Hi Matt!]
That's pretty much how every conversation should start for the period of time when your household is beset with teenageritis.  Surely somewhere there's a Parent-of-Teenagers-Anonymous support group.  (OH!  Is THAT what the "school PTA" is about??)  It's a communicable disease that is highly contagious even to younger siblings still rockin' single digit ages.  Worse still, the only known cure has an incubation period that can last well into your child's thirties. 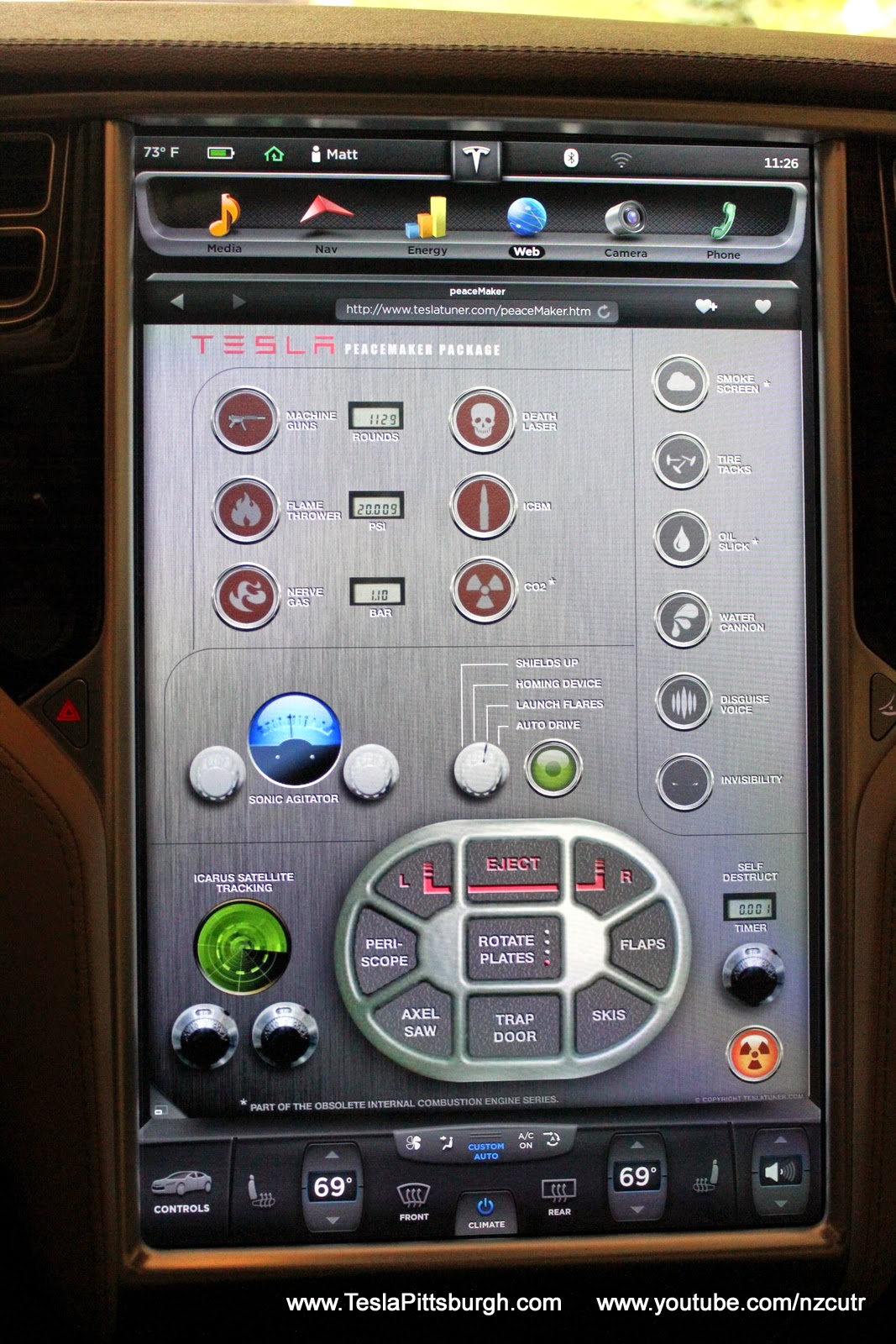 There's really not much hope...  but despite the onslaught of hormones and ignorant rants, you can at least effectively treat the eye problems (or so I assume, because MY eyes don't continually deviate to the ceiling). Simply buy ONE TESLA (and call Elon in the morning) to temporarily inoculate yourself.   How does it work?  I'm glad you asked!
As your asymptomatic teenager blinks away years of disgust and disillusionment with your worldview they'll find themselves starting to grin at the aluminum sculpture you've prescribed.  ALL the teenagers know about the Tesla.  The ones that are really in the know can stump the car's owners with obscure pop-quiz stat questions-- further infecting themselves with smugness (a potentially harmful side effect of teenageritis).

The best treatment option for the eye-rolling is to lock their pupils on the main screen of the Tesla.  This serves to focus the hostile energy of the average teenager on something that is far cooler than their study-hall sketches from middle school.  Want to add even more swagtonium to your main screen?  Pop up the PEACEMAKER package (shown above), survey the descriptions and as your lanky manchild punches the ejection seat buttons-- and they light up!  You'll get the obvious James Bond connection and maybe a Transformer reference or too, but brace yourself for the KITT crowd.  That's a freaky subset of the phylum. 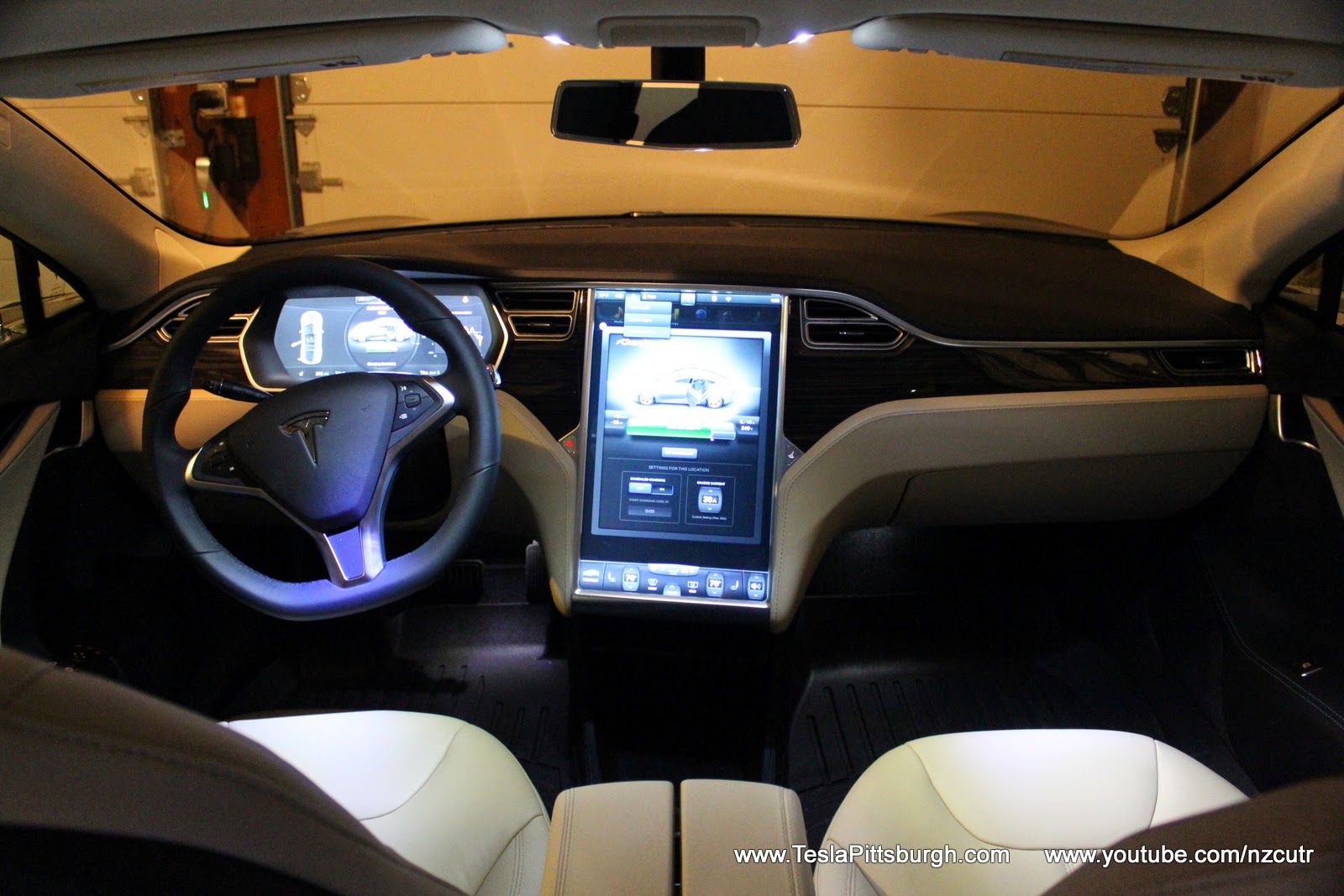 Of course the screen itself is set into a pretty plain dash, if we're honest.  Even at night the overall shape-- while "clean"-- is not particularly revolutionary.  No matter though, your infected teenager will only see that to the left side of the main screen is OMIGOSH ANOTHER SWAGGERIFIC SCREEN!   As their internet and gaming console ravaged eyes widen in spastic excitement you'll make your own revelation-- and it's an important one.  Not just to you, but to your presumably (hopefully?) college bound mini-me. 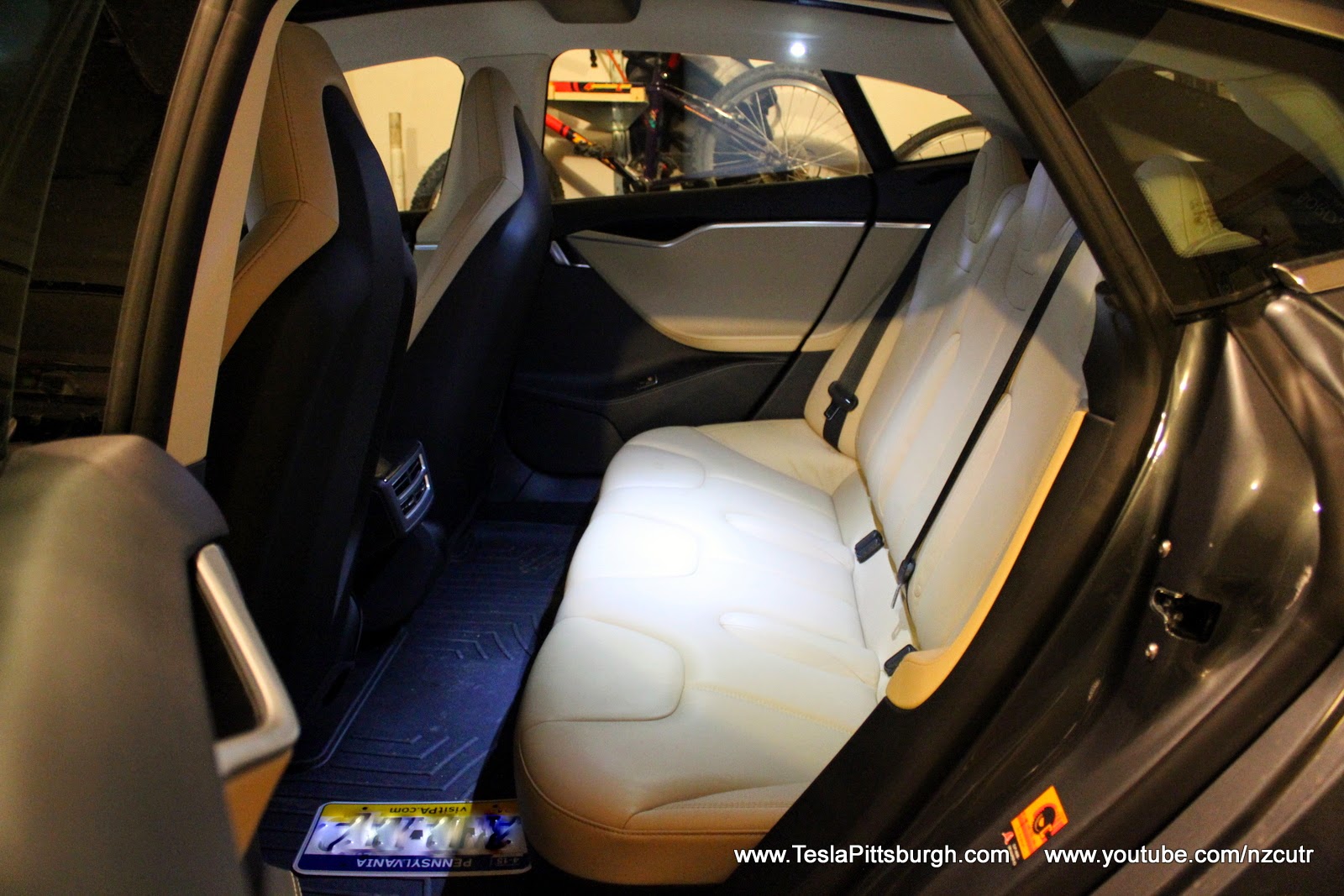 You'll discover, at the instant your teenager starts talking to you like an actual homo sapiens, that you can save $1000 and NOT buy the "Premium Interior Lighting" package.  You don't need more LEDs stashed in useless places to enjoy a few moments of being "the cool parents" because the dome/reading lights and the big display screens are super awesome cool and bright enough that you'd risk a parental acceptance overdose in addition to blowing the needless thousand bucks.

So do yourself a favor.  Don't.  Parents don't let other parents buy the Premium Interior Lighting package.  As you can see from the pictures here, you don't need it and you could be risking your teenager's health and education if you did.   Let your sacrifice be exalted!   And go get some cool new Docker's for yourself instead.