In April, I announced in a post that an official Tesla Pittsburgh presence was on the way.
In May, I introduced the first (known) employee of that store, Katie (Hi Katie). 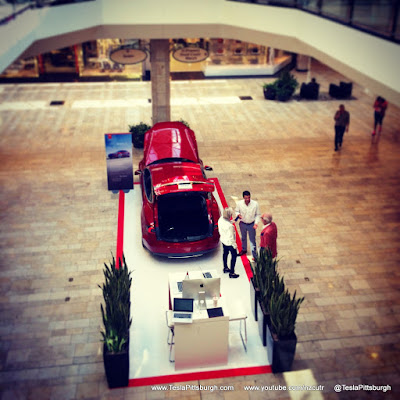 Now, as school starts back up and the days get shorter-- and the new team has had a chance to get their feet under them (and a cooler display car!)-- I thought it would be appropriate to update the blog with some pictures of the Ross Park Mall kiosk and where Tesla goes from here. 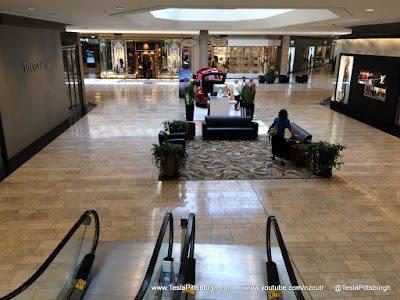 The current store is located on the lower level right outside Nordstrom by their cafe.  The first display car was a somewhat utilitarian looking black with textile seats.  The new display car is a gorgeous multi-coat red 70D with grey 21" wheels.  Sitting under a skylight, you may or may not get a blast of red paint flashing into your retinas depending on the weather.  On a sunny day, wowsa-- it pops!  Even in the pictures below you can see how it varies from bright red to a deep, almost burgundy. 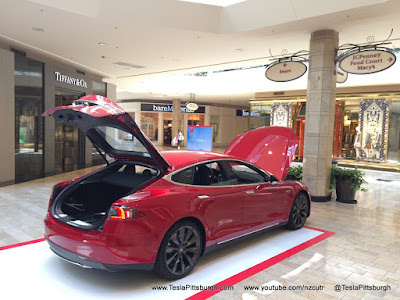 Tesla is pretty tight-lipped about their future expansion plans-- anywhere-- and understandably so.  Irrationality seems to haunt the company in the form of dealer protests, bizarre zoning actions and even prohibitive legislation.  Even so, I've been assured numerous times that a permanent location was coming soon.  This kiosk is the beginning-- the foothold-- of a growing Tesla presence here. 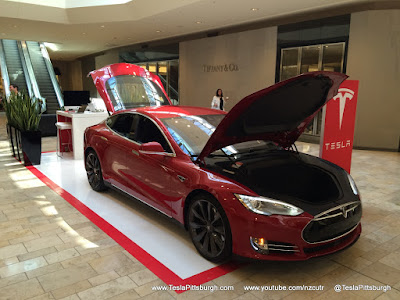 Prior to leaving office, Pennsylvania Governor Tom Corbett signed legislation specifically allowing Tesla to build 5 retail store locations-- it only stands to reason that having at least one in Pittsburgh would be consistent with that plan.  The kiosk makes for a great way to increase the local ownership levels and simultaneously train up a core staff of people who will become the experienced workforce in a larger operation as it expands into a full-sized service center and retail store. 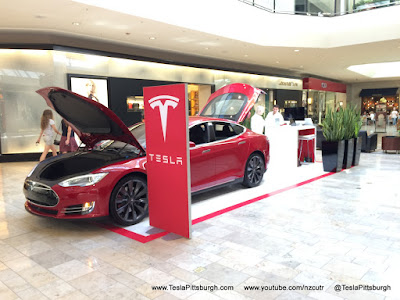 Ross Park Mall is a fairly upscale mall and it is my understanding that Tesla desires to move out of the minimalist presence and into a storefront as availability allows.  It would ideal and certainly conceivable that they could have this accomplished in time to celebrate the holiday season in an actual storefront in the mall.  Not only would that give them a better place for displaying all the configuration options and assisting with orders, but all the merchandise/shirts/etc. could be a short-term windfall of holiday spending.  People more readily part with money for a lunchbox than they do a car. 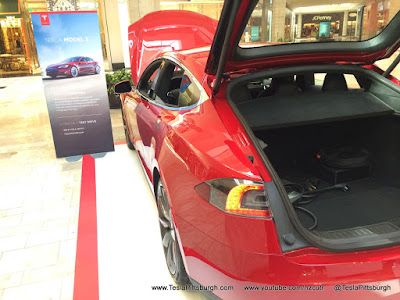 A permanent location will necessitate combining sales AND service functions.  It would be difficult to start a service facility from scratch and Tesla is smartly moving those puzzle pieces into place as well.  Just as the kiosk staff will be ready to lead a larger storefront salesforce, Tesla has assigned two Service Rangers to base out of Pittsburgh.  Previously all our Rangers came from Cleveland, but basing Rangers locally will "build in" some experienced service techs when the brick and mortar facility appears.  I've not yet had the pleasure to meet one of them (there's supposed to be two-- but I only know for sure that one has gone active) because my car hasn't needed any service. 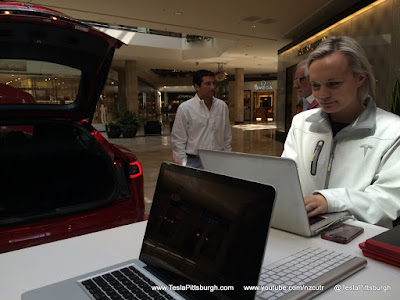 Having a kiosk with Rangers morph into a mall store with Rangers is nice... but it isn't what we've been waiting for.  A standalone Tesla Service Center is the long-awaited hope for us.  It was the biggest (non-financial) aspect of buying a Tesla that gave me pause and likely has deterred others completely-- DESPITE receiving prompt and superb service from Cleveland whenever I've needed it or had a question.  So.  What's the deal? 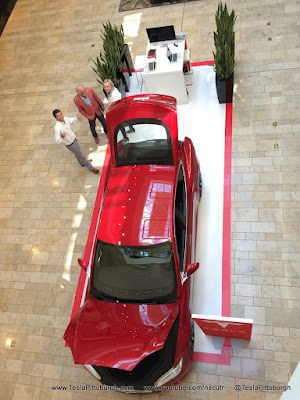 The tight-lipped Tesla crew is staying on their talking points on this one too.  There's no prying a word out of them on the record OR OFF (drat!).  While I wouldn't tell you if I knew something off the record, I would (and will) tell you that I do NOT know something off the record.  There is a "Service Center Plus" coming and I've heard it described as "massive"-- though compared to what, I don't know either. 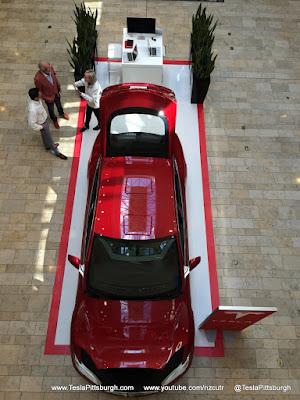 Tesla has a location picked out and is actively pursuing it-- wherever it is.  My impression is that the sale is not complete and perhaps the deal itself is still being negotiated.  It is extremely likely to be well north of the Ross Park Mall location.  More than one Tesla employee has told me over the last couple years that the greatest concentration of owners are in the Wexford and Cranberry areas, so it would make sense that they are attempting to locate close to where the cars are.  Doing test drives out of a store near Cranberry would also make first-hand demonstrations at the Cranberry Supercharger a possibility.  As for time-frame, I would expect to see the announcement in advance of volume Model X deliveries... which puts us somewhere around year's end.   My guess. 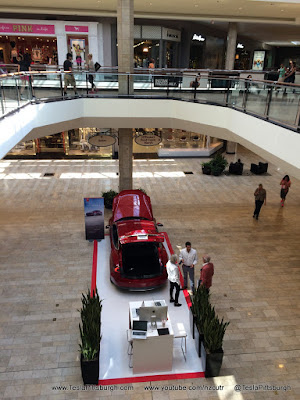 Flash-forwarding to 2016, we should have a prominent storefront in Ross Park Mall, a Service Plus facility to the north, maintaining the fleet and offering sales of new and CPO cars and the Model X being actively sold and delivered along with the Model S.