All A-Twitter: Winter of Discontent Part 2

UPDATED 4/22/15:
As I write this, there remains a small patch of snow clinging to Winter in my front yard.  It's April tomorrow, but this doily sized clump is being stubborn.  It has not been an easy Winter for us.  Changes and (admittedly) some first-world problems have tried to consume our good cheer.  TRIED. 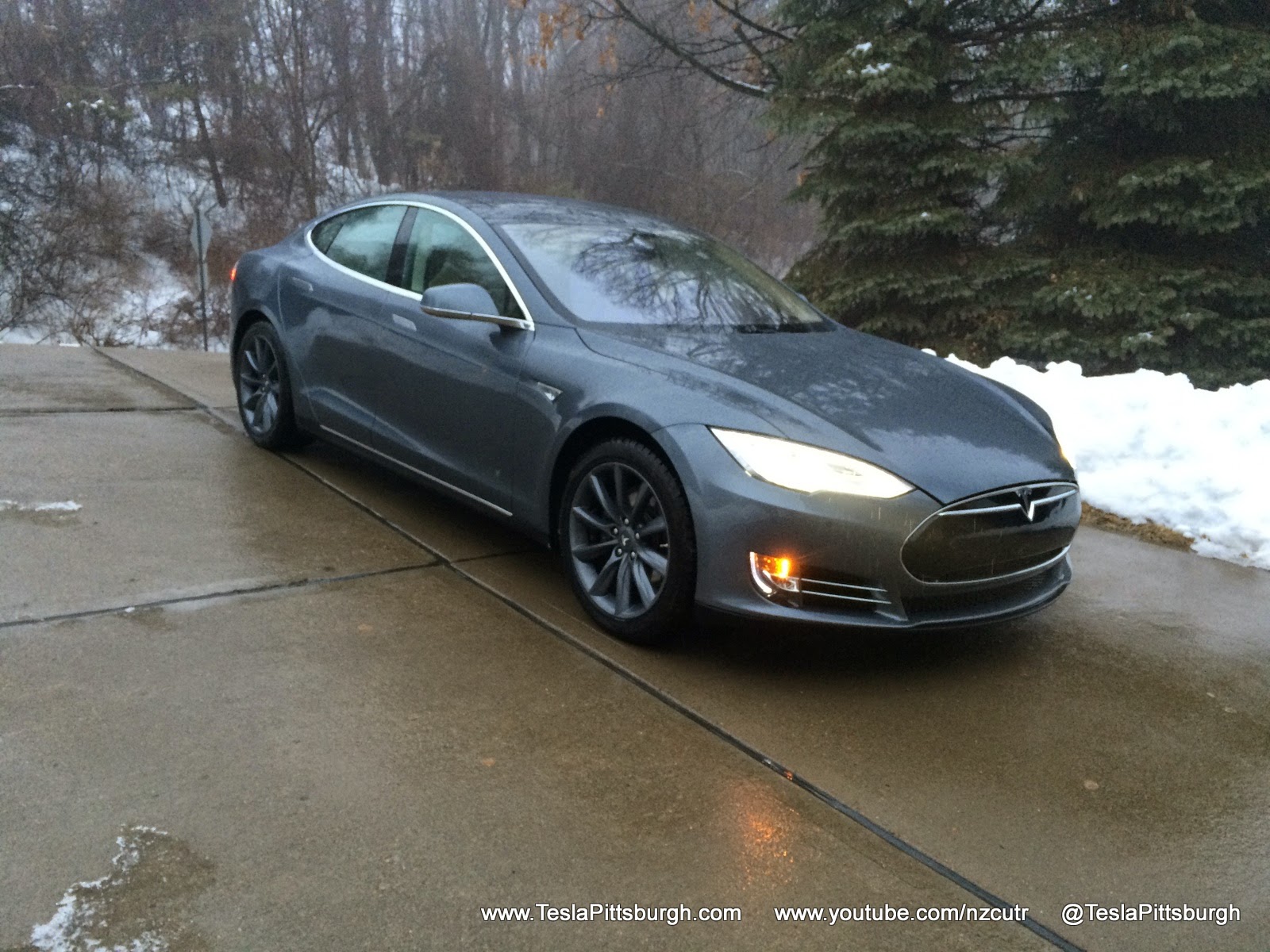 Ah, but you're here because you're curious about the car.  I know, I know... I will be getting to that in a lot more detail soon.  For now, let's flash through the last month or so since the last post to get you all caught up and preview what's to come.

I titled this thread after the last unsettled Winter in recent memory.  That was the cold months between our canceled Tesla order and our eventual Tesla order.  It was a time of great mental and emotional conflict.  This time around, I'm blaming the house and some innovations partly of my own making.  I've never thought I'd be so happy to bid my grey Winter wheels/snow tires good-bye, but putting on the regular tires gives me great hope this year! 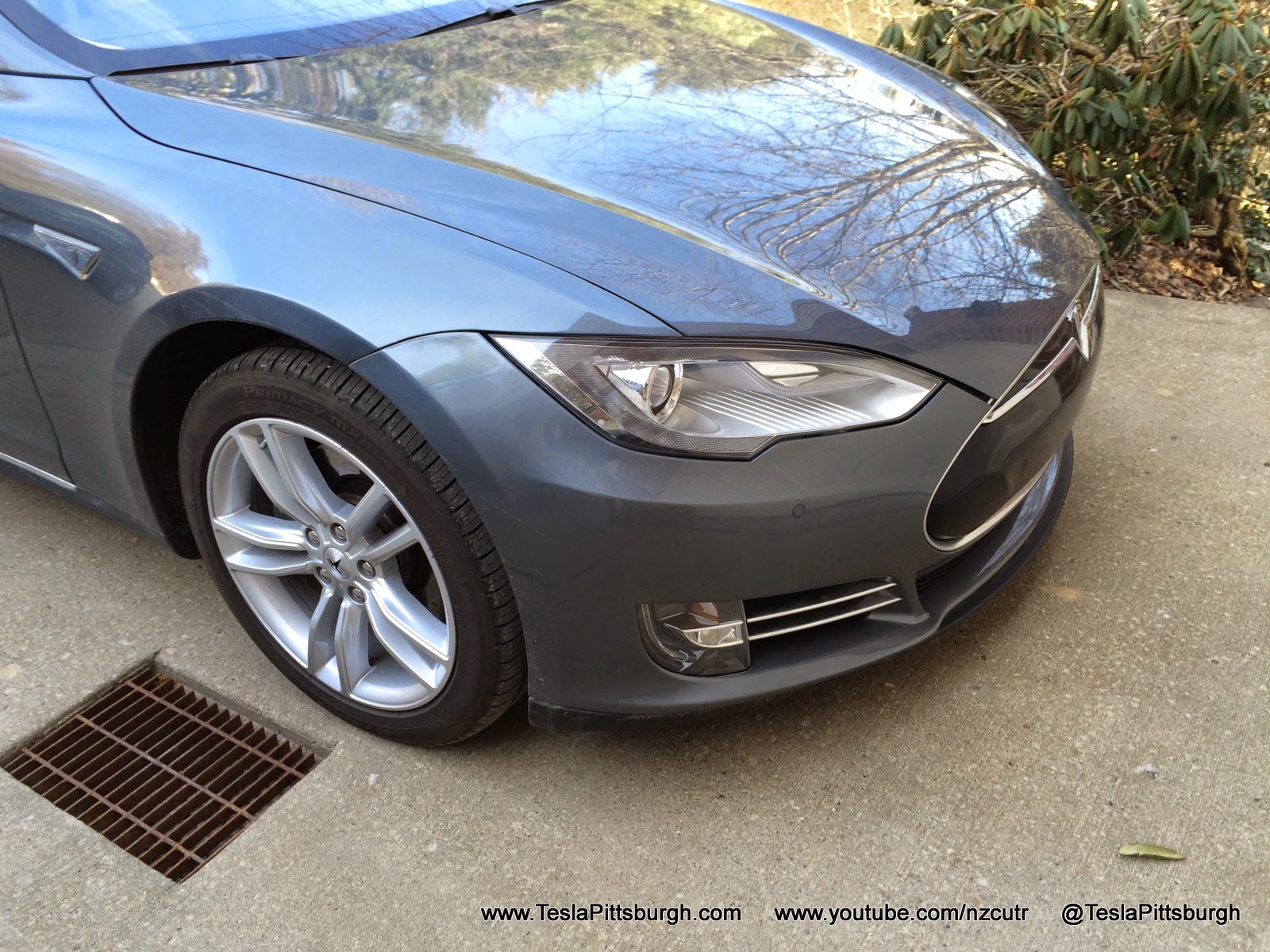 After nearly 15 years working the same schedule, I "was volunteered" (with my blessing) to blaze a new trail in my workplace.  It would mean a drastic schedule change from working afternoons/nights to working more traditional hours.  Add in my wife's work schedule and the kids and it was a HUGE adjustment.  More importantly to me (and you, dear readers) it meant an end to my hours of isolation home alone in the mornings.  Effectively, an end to my "free time".  I also never saw daylight except on weekends.  It was a dark time, so to speak.

The work project has been going well-- so well, in fact, that my schedule is being changed again.  Daylight work days were horrible for me, personally, though everyone else was happy and I enjoyed the work.  The lack of time to do things OUTSIDE of work has been exhausting and crippling.  Soon I'll be working from 6am-2pm and that will leave me afternoons as my "project time"... and I'm hoping life will be good again.   There have been rumors of sunshine in these parts and I want to see if they are true.

Well that doesn't all seem too bad, you  might be saying to yourself.  But wait, there's more. 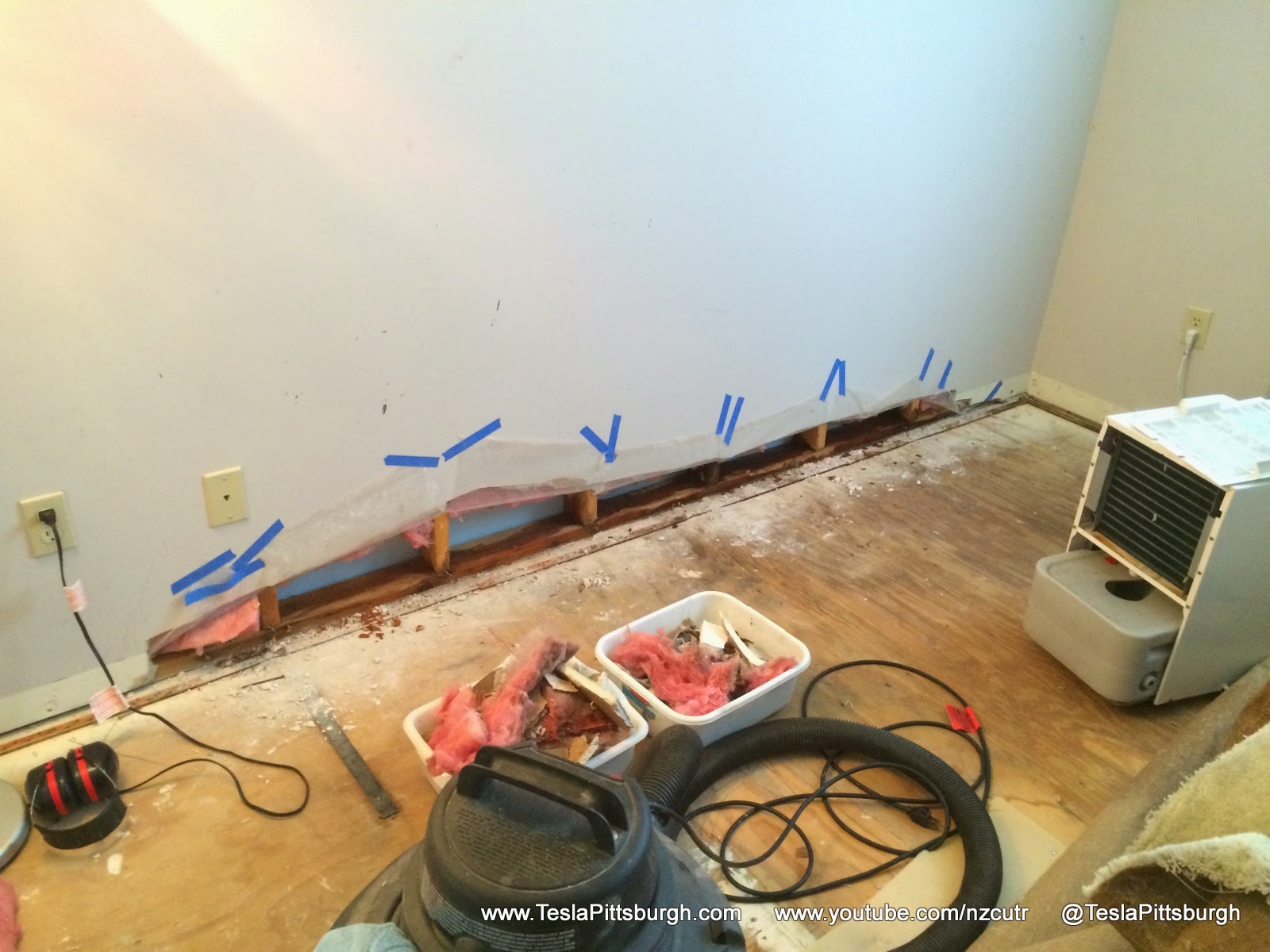 Winter ice wreaked havoc on our house.  Damage to my daughter's bedroom has temporarily evicted her and given me lots of new projects to do.  Water infiltrated all the way do our first floor, where I marked the ever advancing stains to see if my interventions in the attic were working. 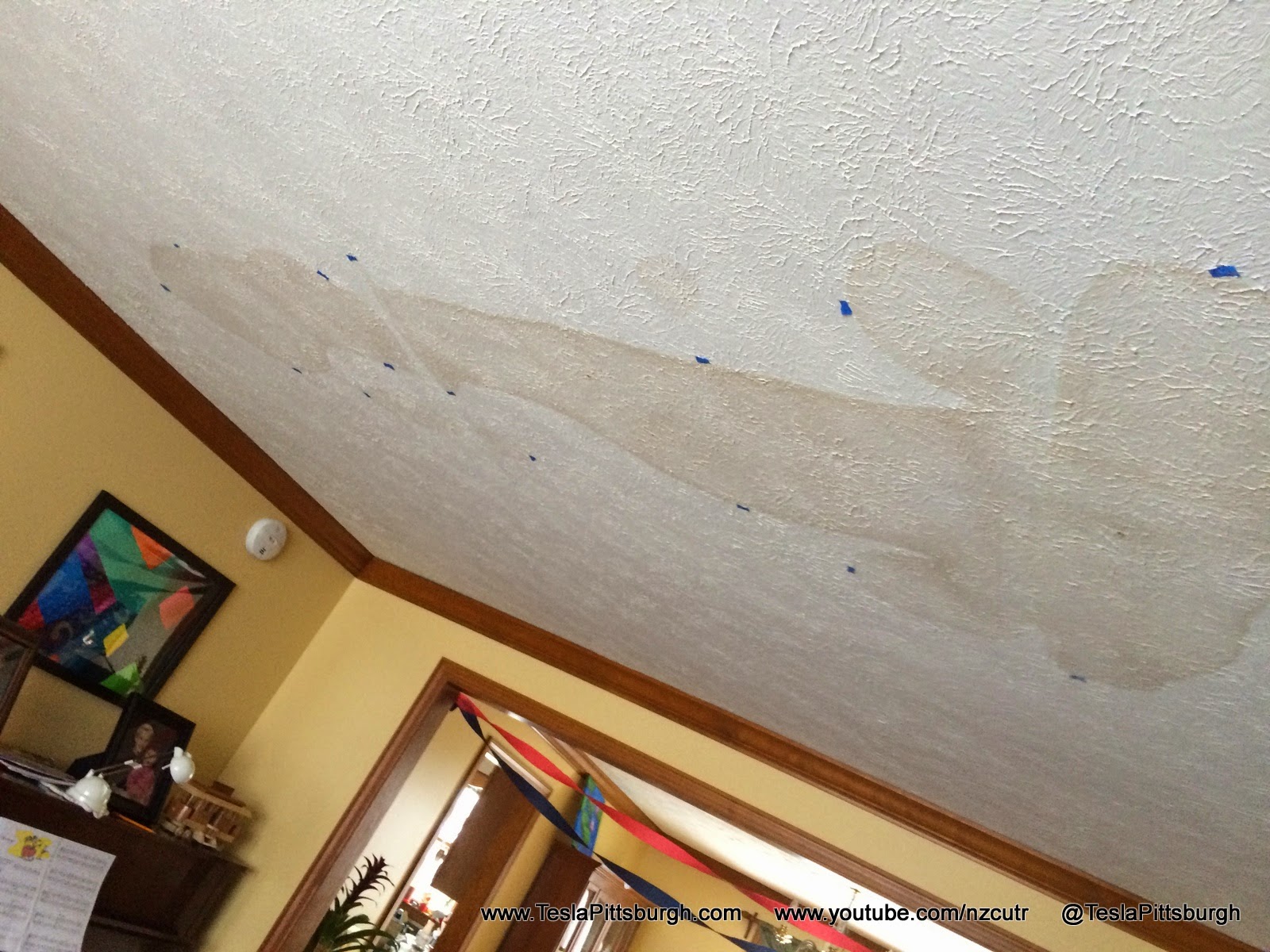 Suffice it to say the phrase "free time" isn't one I'll be using a lot for a while...  but at least with the new schedule our recovery should be quicker than it would have been. 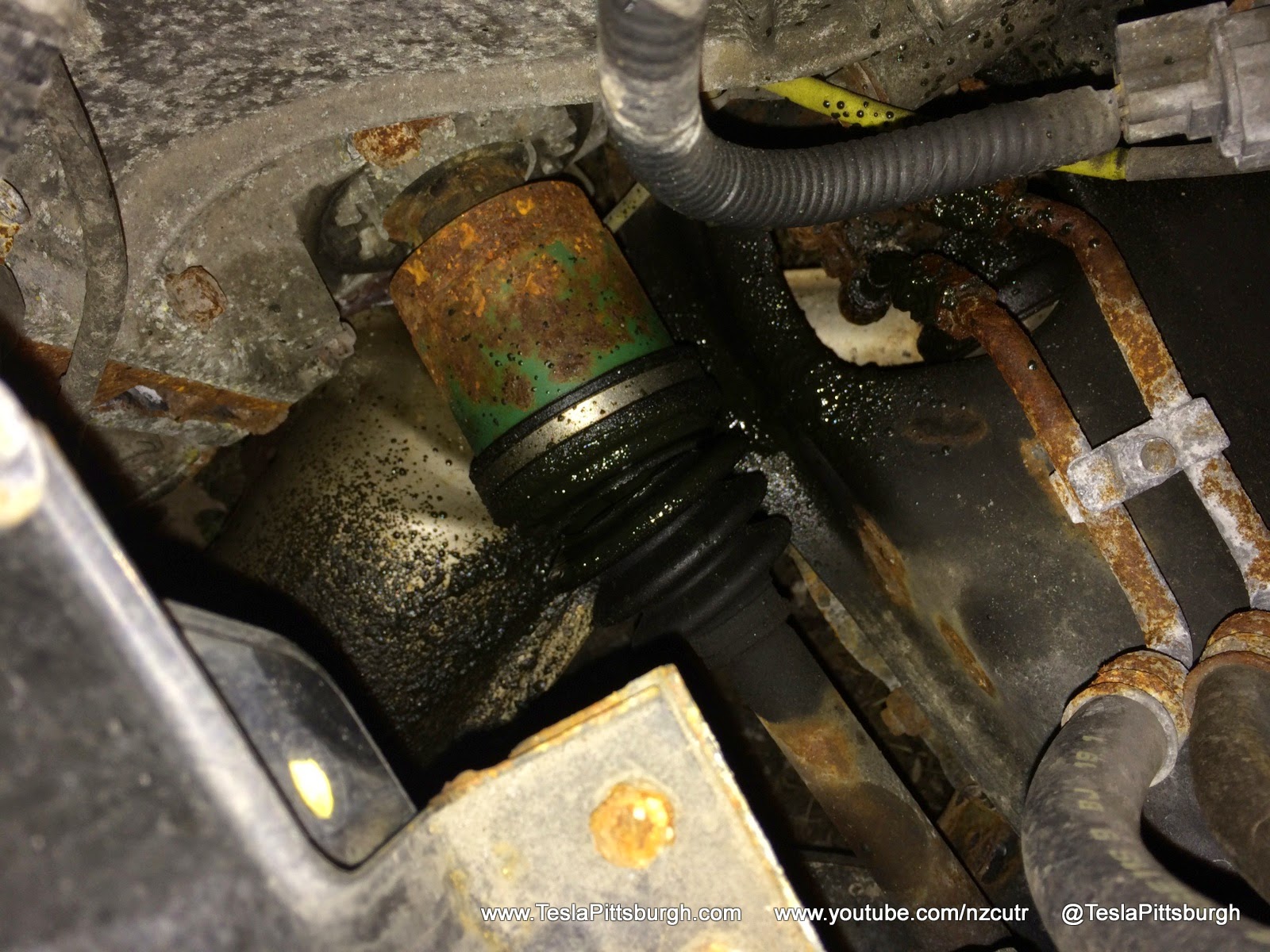 My Subaru protested the end of Winter by splitting a CV boot and slinging grease everywhere.  That's now on the to-do list as well and the Baja will be on furlough until it is fixed.  It's a bit of a problem to have our truck out of commission just as gardening season kicks off.  Turns out the extensively rusted axle nut and strut bolts are going to be my nemesis this April.  I needn't have worried about my 1040 form, there's plenty of dread to be found with my breaker bar and 32mm socket. 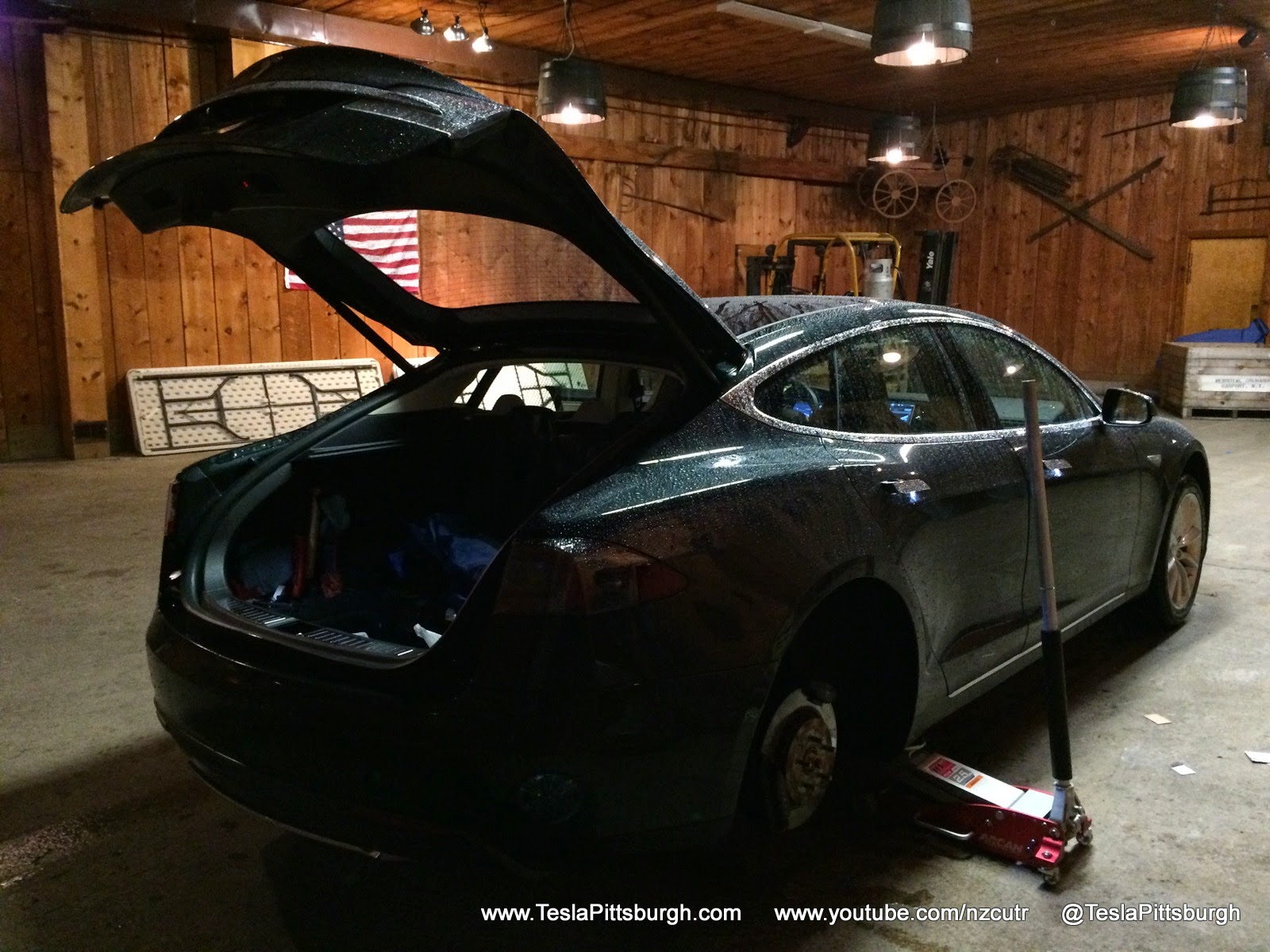 There are some Tesla exploits that those of you following me on Twitter already know about.  Like the time my friend Jake needed a wheel faster than Tesla could get to him.  I guess you could say we have a rapid response team here in Pittsburgh... being on the frontier, we pioneers stick together. 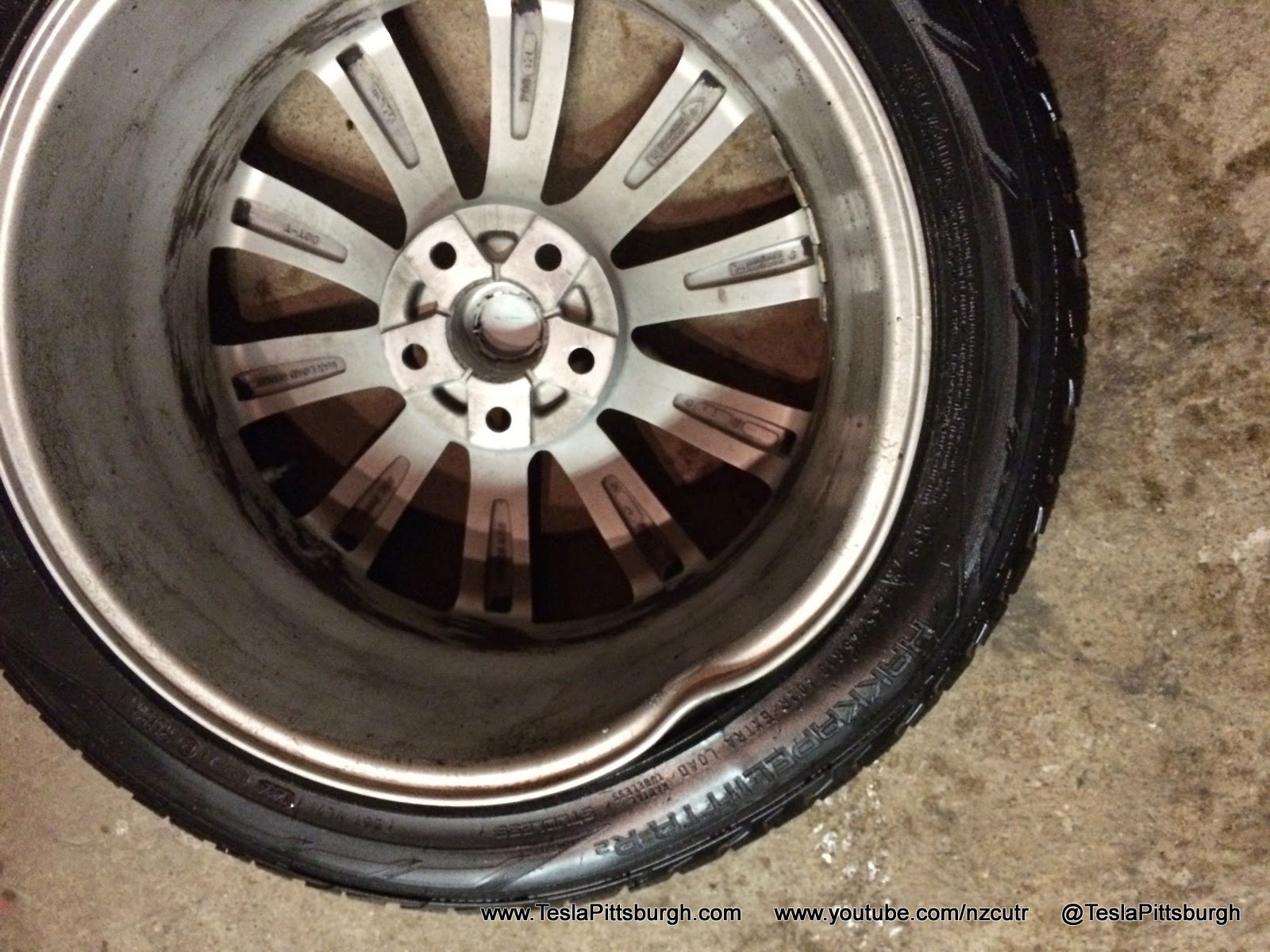 Incidentally, the reason he called was a massive pot hole that ate TWO of his silver T-Sportline TST wheels.  My grey ones escaped PennDOT's wrath... this year... 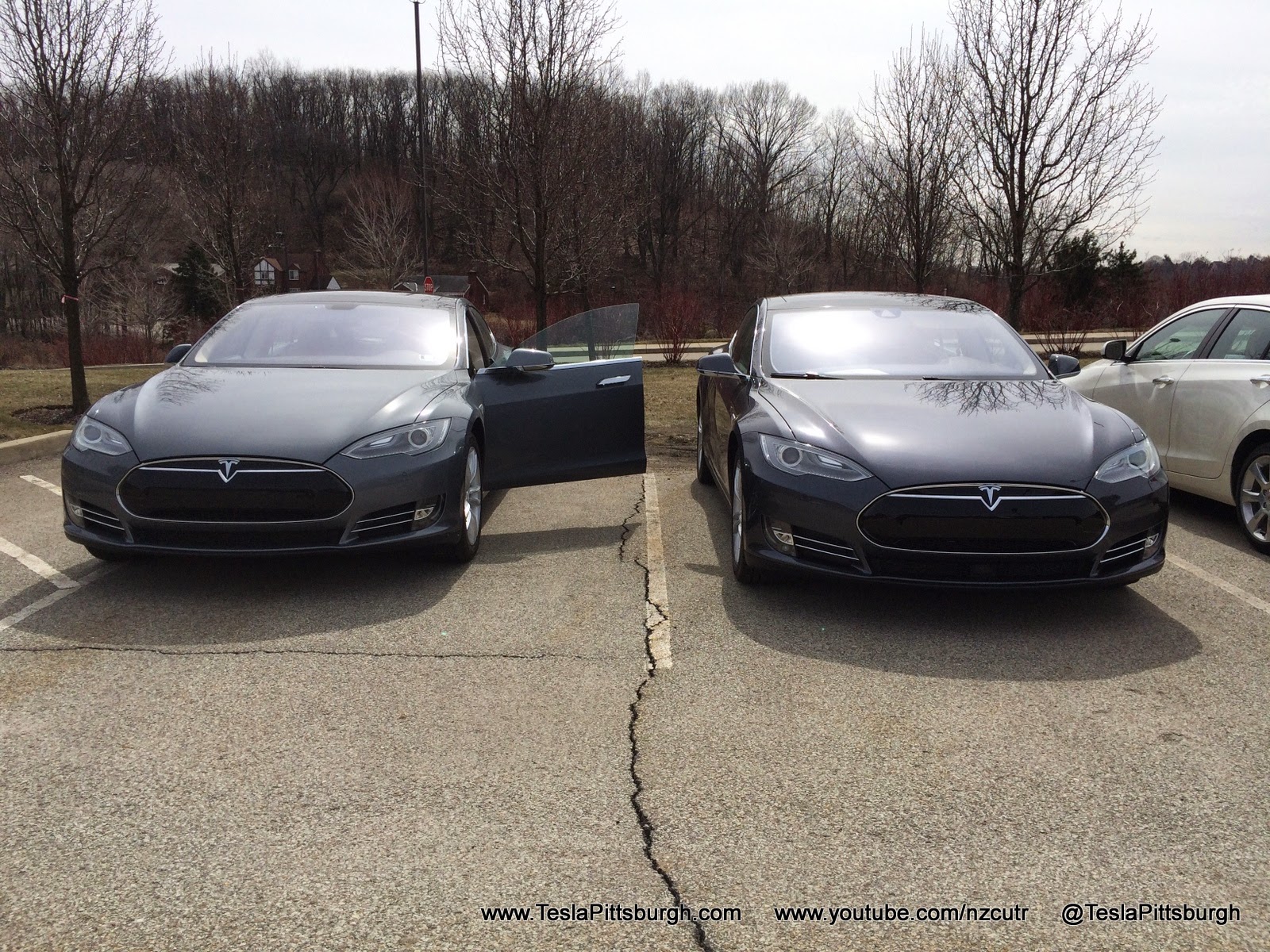 I also had my first experience with Tesla Service, for my routine annual visit.  They left an updated version of my car, but with lots of new goodies to play with.  The valet service to and from Cleveland is a step beyond any other "dealer service" I'm aware of. 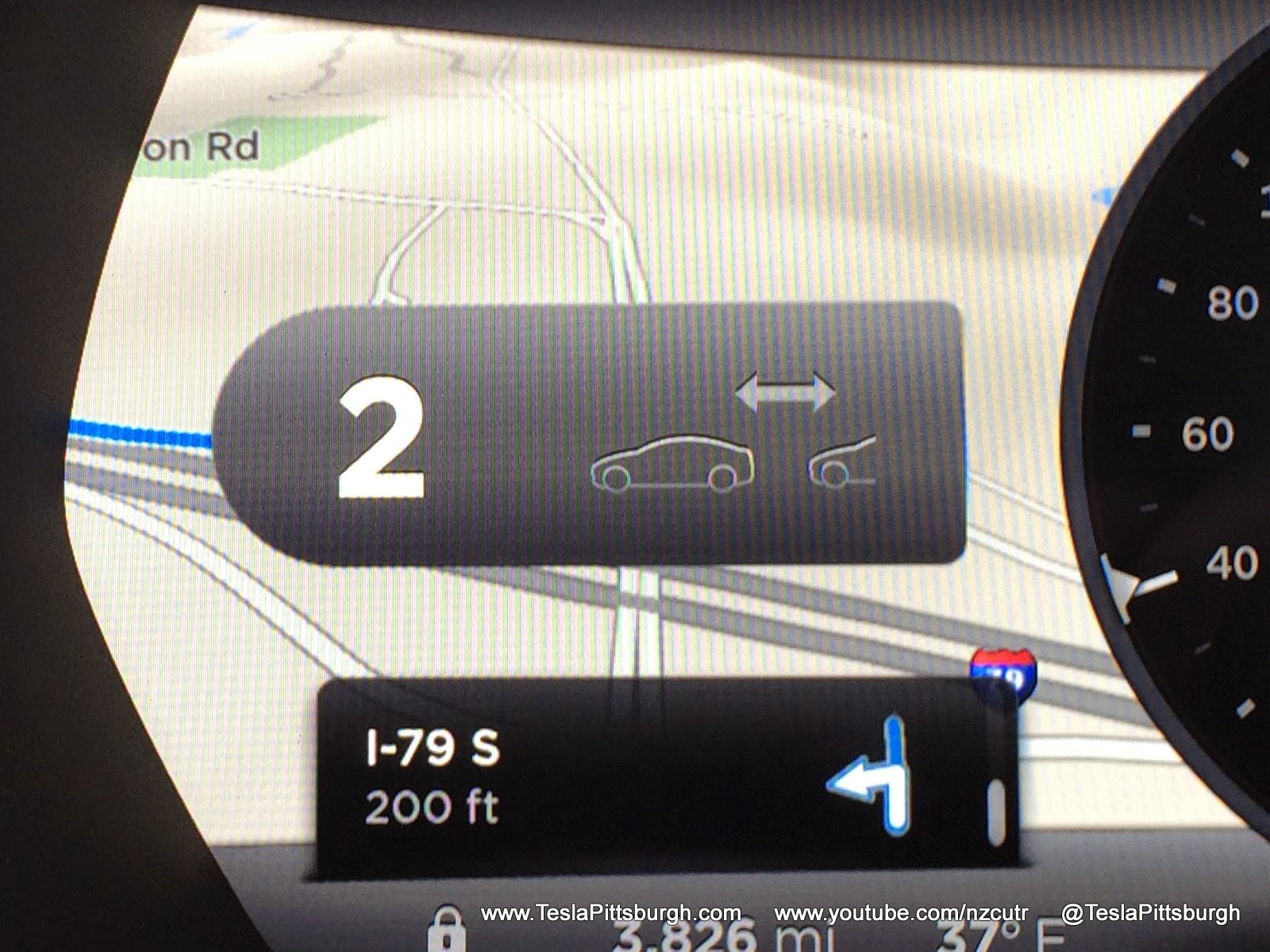 My car was at the spa for a full week (scheduling issues and lots of updates-- they swap out old parts for new part designs preemptively to keep your car current), which gave me a lot of time to play with Autopilot.  I have some thoughts on that I'll be sharing soon. 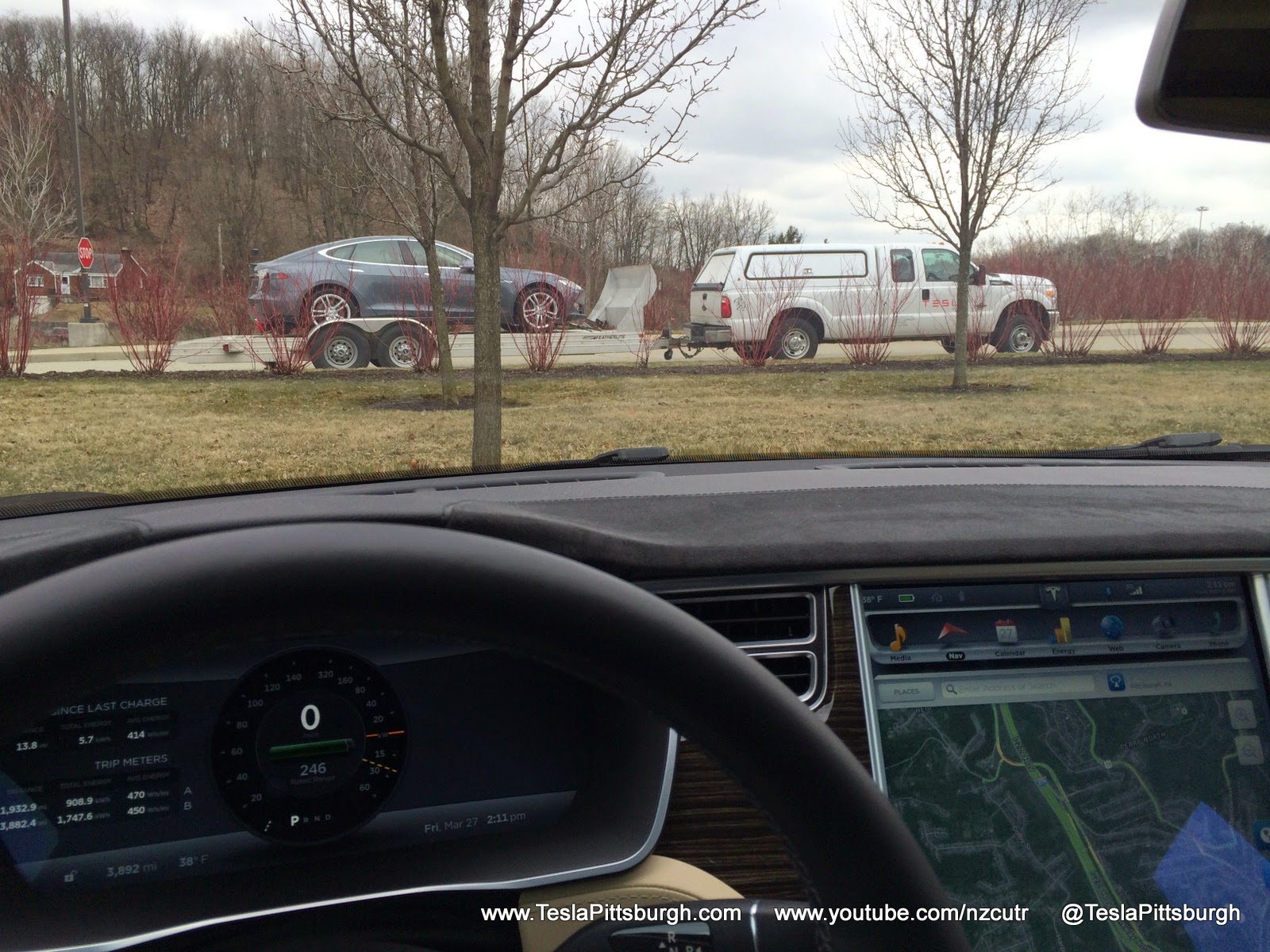 At long last my car was returned, and I got the full low down on the work they did.  You'll probably find it at least a little interesting... so there will be a post on that coming as well. 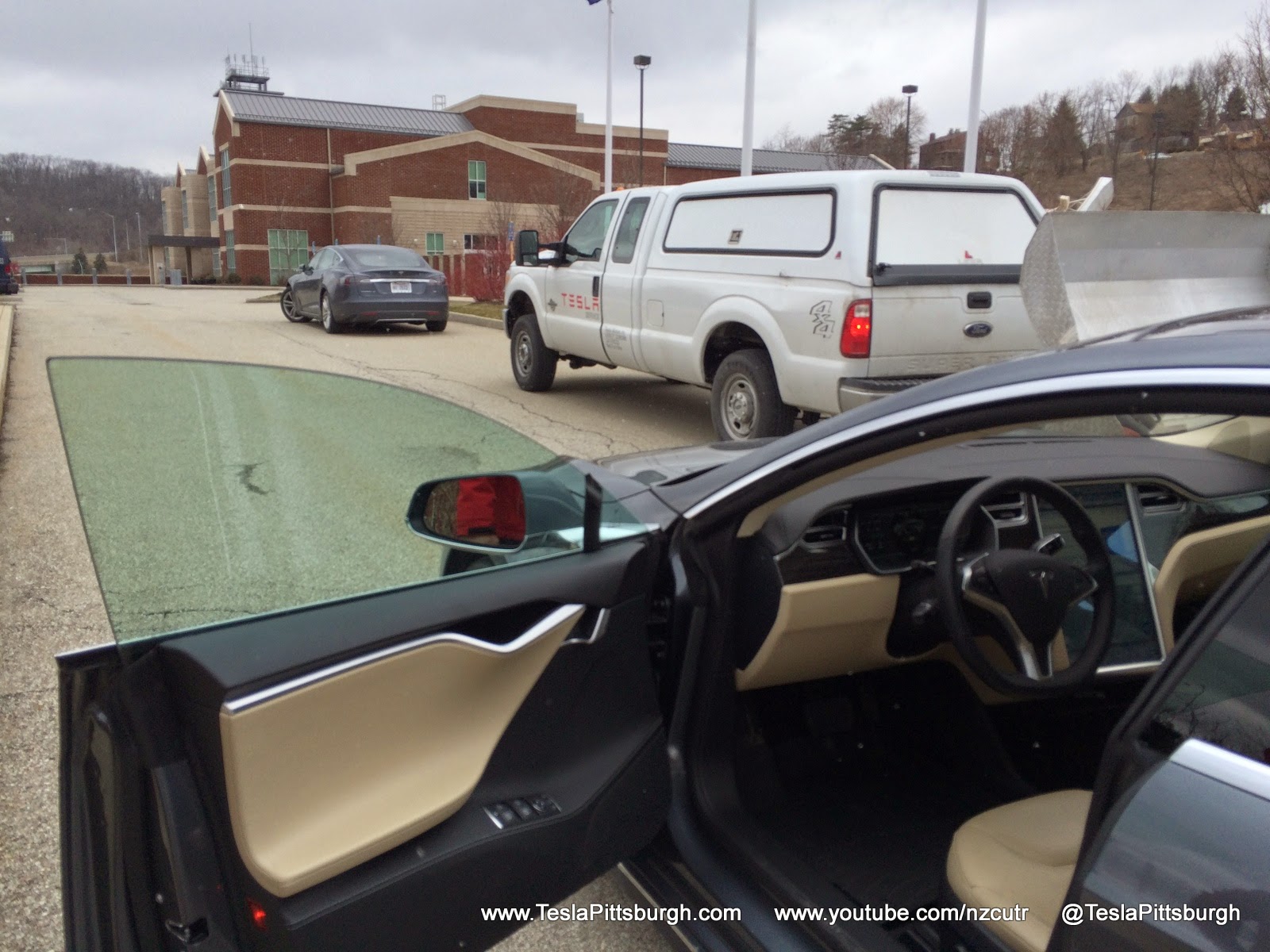 My car did return with a loud and mysterious clunk that it didn't have when it went to Cleveland.  After a couple emails back and forth trying to describe the noise, Cleveland sent a crew to meet me one afternoon at my house.  I demonstrated the noise and it was quickly discovered to be a bolt on the parking brake caliper that wasn't tightened when they gave me the new-and-improved brake rotors.  You'd be right in thinking this would never have happened at a dealership, because a dealership would never replace perfectly good rotors (under 13k miles on the car!) simply due an improved part being available.

I also recently sent another product review in to Teslarati.com, on a storage kit for the plug adapters. 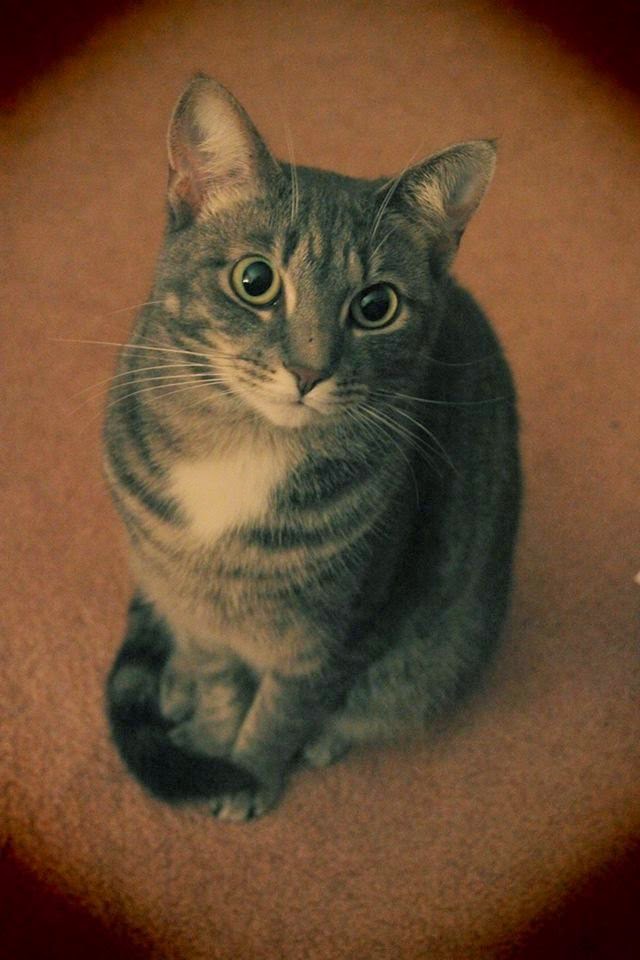 And then our family cat-- and my constant companion on all those weekday mornings home alone for the last five years-- very suddenly fell terminally ill with pulmonary fibrosis and we had to say goodbye to "the best cat ever".  Sophie was an absolute joy with none of the aloofness cats are notorious for.  She was playful and eager to be at all our sides (or laps) every moment it was possible to do so.  If we dared go outside, we were watched intently from the nearest window.  It was heartbreaking for her to die so young. 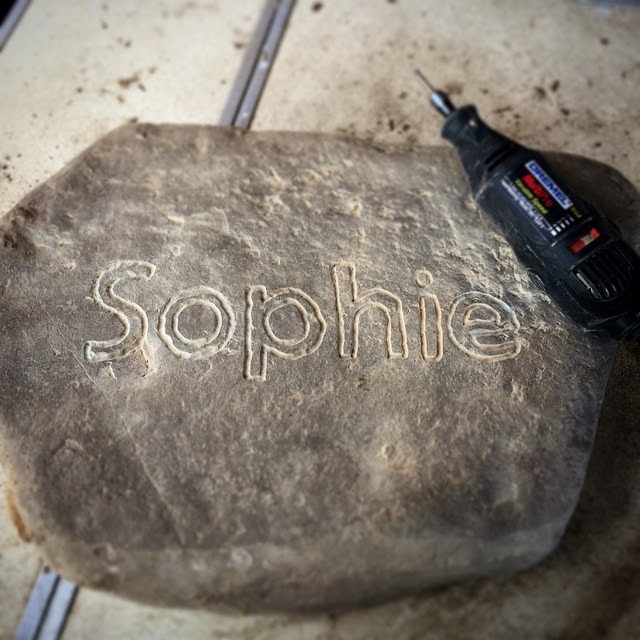 All this to say... if you didn't catch it...  I've been REALLY busy!   I have several new blog posts to write up as time permits but felt I owed you some explanation while I try and get my family life adjusted to another new schedule and get our house back together.   I hope you can appreciate why there's been this delay and keep watching this space.

In the meantime, follow my Twitter.  It's a lot easier for me to keep updated, so it gets a lot more attention... even if it doesn't pay for my home and car repairs.  Hey... maybe I need a kickstarter campaign?   Hmm....