The moment every dashcam waits for, perched atop a windshield with varying degrees of elegance, is to save its owner from an insurance claim against them.  Alas, my Thinkware camera's moment finally arrived when my car was ambushed from behind by a minivan. 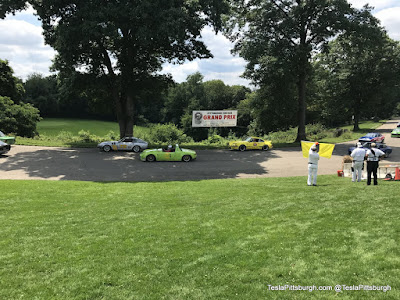 It's never good to get a call from your spouse that they've been in accident.  I suppose my brain too quickly makes leaps and assumptions though, because the mere fact that the voice on the other end of the phone is my wife's means that everything is going to be okay.  Getting a call from law enforcement or a hospital... that is a far deeper fear.  She was a little less charitable in her assessment of my immediate reaction later, but stuff is stuff; people are people.  I hear the voice of a loved one and already my day has improved immensely despite the bad fortune. 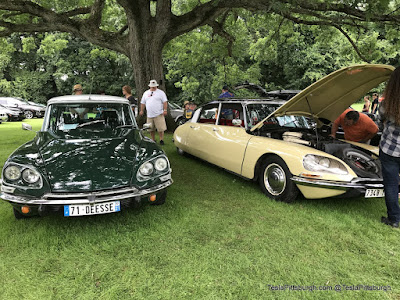 My son and I were enjoying the cars at the Pittsburgh Vintage Grand Prix when my wife called.  I distinctly remember we were admiring a pair of gorgeous Citroen DS.  My wife and daughter were returning home from a routine errand, at a routine stop sign, when they were hit from behind.  They were fine, but the car was definitely damaged. There were error messages on the dash display and she wasn't sure what else.  I told her to unplug the dashcam just in case there was something that would cause the car to stay powered up and overwrite the video of the accident. 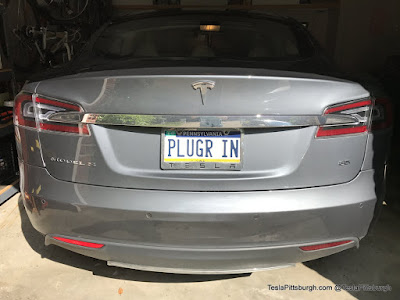 She sent a couple pictures and I became hopeful that the impact wasn't as bad as I initially feared.  It looked like the rear liftgate had escaped any damage as well as the latching system.  Likewise, the equally expensive rear quarter panels seemed to be okay.  After years of reading about cars being taken off the road for months of expensive repairs, it looked like we might get away with just replacing the bumper cover and a couple parking sensors. 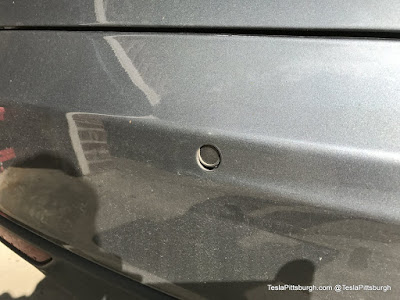 After verifying the car's condition first hand, I pulled the video from the dashcam.  As it was designed to, the dashcam had already set aside and protected the files related to the impact thanks to its g-sensors.  I downloaded them and quickly sent them off to the insurance company.
In the video, it was clear that my wife had been stopped at a stop sign for a full four seconds and-- even more astonishing-- the other driver had been stopped behind her for about three seconds.  According to my wife, the other driver had been very apologetic and said that he thought she had already pulled out from the intersection, so when the traffic cleared he basically rammed her just as she was preparing to move out herself.  I'm not sure how you miss a high-mounted brake light that is eye-level, very bright and has to be over 3 feet long... but whatever! 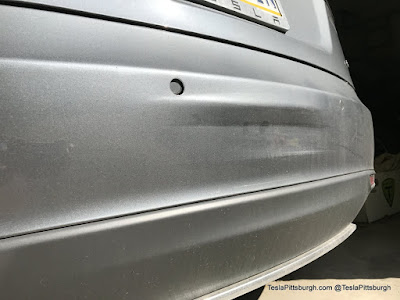 Calls were made and damage was assessed… but everything sat in limbo over the weekend while we waited to see where the fault would be placed.  It wasn't a lot of damage, but it was enough... and now the road to be made whole stretched out before us, unknown.