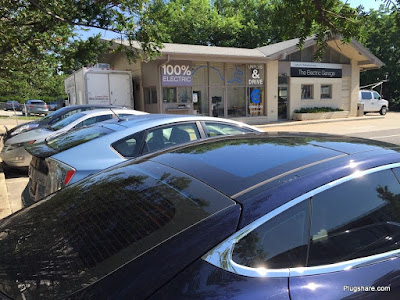 The Electric Garage's chargers are being relocated immediately with demolition of the site to begin in July. 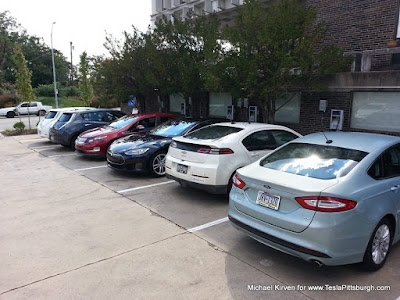 At its peak, the Electric Garage boasted eight J1772 Level 2 chargers offering 203V at 30 amps.  In 2014, a Tesla HPWC with 40 amp charging was added.  Charging and parking was free to the public for up to four hours a session, a welcome oasis in the otherwise congested and paid parking of Oakland.  It was easily the largest charging site in western Pennsylvania for most of its life and was open 24 hours/7 days a week on a first-come, first-serve basis.  Non-charging parking spots on the site were marked as permit only. 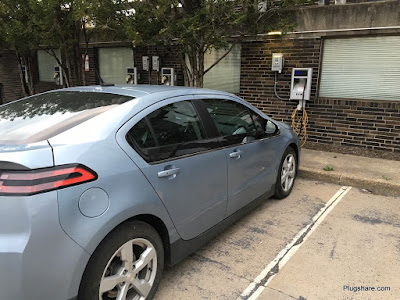 The original six Eaton chargers were installed in 2012, using funding provided from the Pennsylvania Department of Environmental Protection's Office of Energy and Technology Deployment which had a special mandate from the Office of Acronym Abatement at the Bureau of Ridiculously Long and Expansive Government Agency Naming Commission Department. 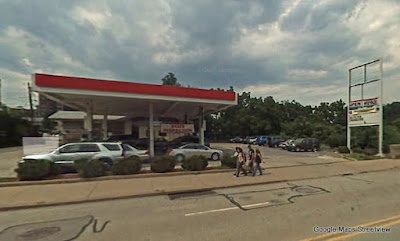 Originally built as an Exxon gas station, the Electric Garage was the invention of CMU robotics professor Illah Nourbakhsh.  The university bought the property in 2009 and Nourbakhsh transformed it soon after into the workshop for the ChargeCar program. ChargeCar worked to further and develop EV technology but the industry's pace of development overran much of their work as more manufacturers brought EVs into mass production.

Undaunted, ChargeCar hosted numerous community outreach events to showcase the everyday feasibility of EVs to the general public.  The site then morphed into a charging station and ChargeCar moved from primarily making gas-electric conversions to educating local mechanics in how to repair EVs. 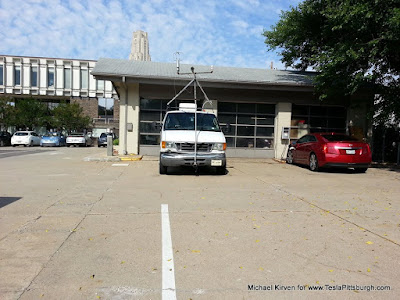 Notice of the Electric Garage's potential demise first bubbled up in May 2014, just months after the Tesla HPWC was installed.  For several years, Tesla would use the Electric Garage as their main charging facility for Pittsburgh Test Drive events.  Its proximity to the hosting facilities and hotels (and its number of chargers) made it an ideal overnight parking area for a small fleet of Teslas, hungry after a day of being pummeled by curious Pittsburghers. 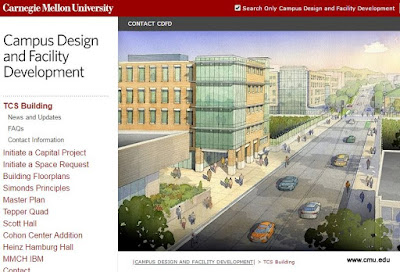 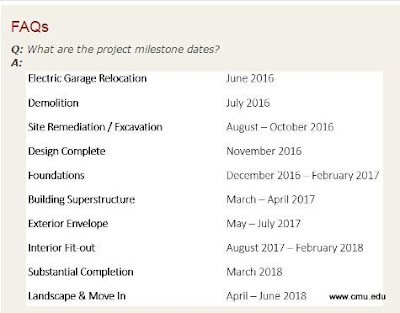 Taking the place of the Electric Garage will be CMU's new Tata Consultancy Services (TCS) Building.  The 40,000 square foot structure is designed by Skidmore, Owings & Merrill and will be built by Mascaro Construction.  CMU described the new mixed-use building as "a new home for the university stores, a dining facility on the ground floor, and academic or administrative office and shelled space.  The stand-alone structure will house state-of-the-art facilities, providing collaborative spaces for the CMU community."  CMU expects to spend $22.5 million on the project, which should break ground late this year. 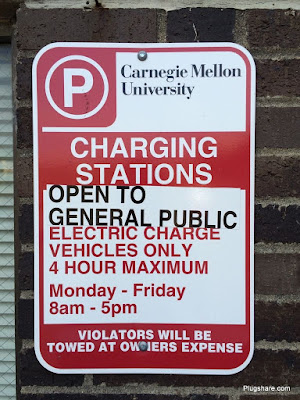 Demolition of the Electric Garage will take place in July.  The university has indicated that the chargers will be relocated to other places on campus, though EV drivers will likely have limited access the parking garages that will house some of them.  It is also unlikely that all of those will remain available to the general public. 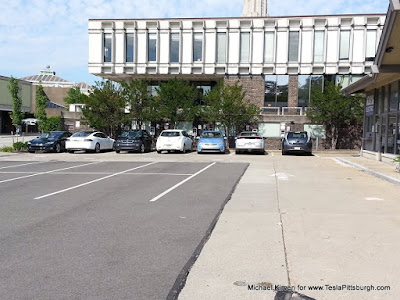 Current plans are as follows:  2 chargers move to the East Campus Garage, 2 chargers to the Dithridge Garage and the CIC Garage will have 5 stations. 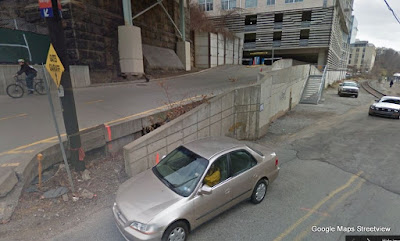 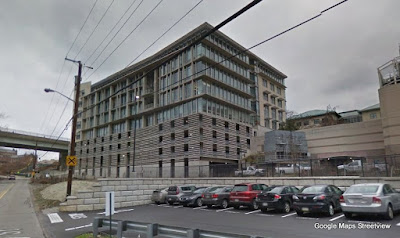 If any are publicly available, it would most likely be the 5 chargers at the CIC garage.  The notice from CMU Parking & Transportation Services indicates that these 5 chargers "will be located on the outside prior to entering the garage."  Given the awkward placement of the garage in relation to the campus and nearby train tracks, that could be interpreted a number of different ways.  The approach roads to the garage are narrow, but there could be room for creative placement and there is a more hospitable lot close by.  It also seems probable that the Tesla HPWC could be reappearing at this location.  CMU has not yet responded to requests for clarification. 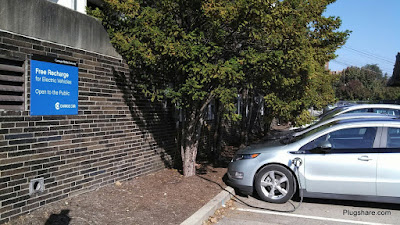 The passing of the Electric Garage "era" is lamentable, but CMU's commitment to relocate the chargers is to be commended.  Many businesses would have simply shoved them into a warehouse (or worse).  It is an unfortunate development for EV drivers who have enjoyed both free parking and charging in Oakland, but with CMU's inherent focus on technology there is hope for more charging stations in the future. 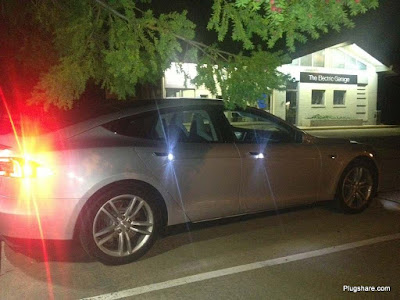 For local Tesla owners, the chargers were more about convenience than necessity.  Long distance travelers are similarly unaffected by the change for the most part (ever since the Somerset and Cranberry Superchargers went online).  With the opening of Ross Park Mall's Tesla store this summer-- complete with outdoor HPWCs-- and the expected opening of a Pittsburgh Service Center later this year, there is also no longer a need for test drive fleets to recharge overnight in Oakland. 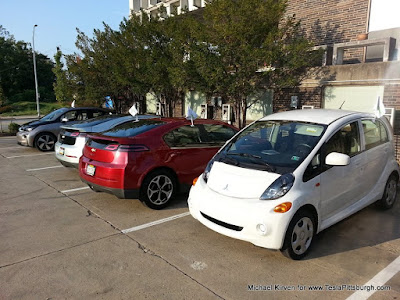 Thanks for visiting us here! CLICK to read more at www.TeslaPittsburgh.com, check out the videos on our YouTube channel at www.YouTube.com/NZCUTR and follow us on Twitter: https://twitter.com/TeslaPittsburgh. Local owners/enthusiasts are encouraged to join our CLUB page: https://www.facebook.com/groups/TeslaPittsburgh/
Please note: We are not specifically authorized, sponsored by, or otherwise directly associated with Tesla Motors and make no claims to be so.