I actually lived in Washington, DC for a while as a child.   I don't remember a lot but do have some distinct memories of the Smithsonian and flying kites on the Mall.  My wife has only been there as a tourist-- numerous times-- and the kids have already caught most of the major sites. 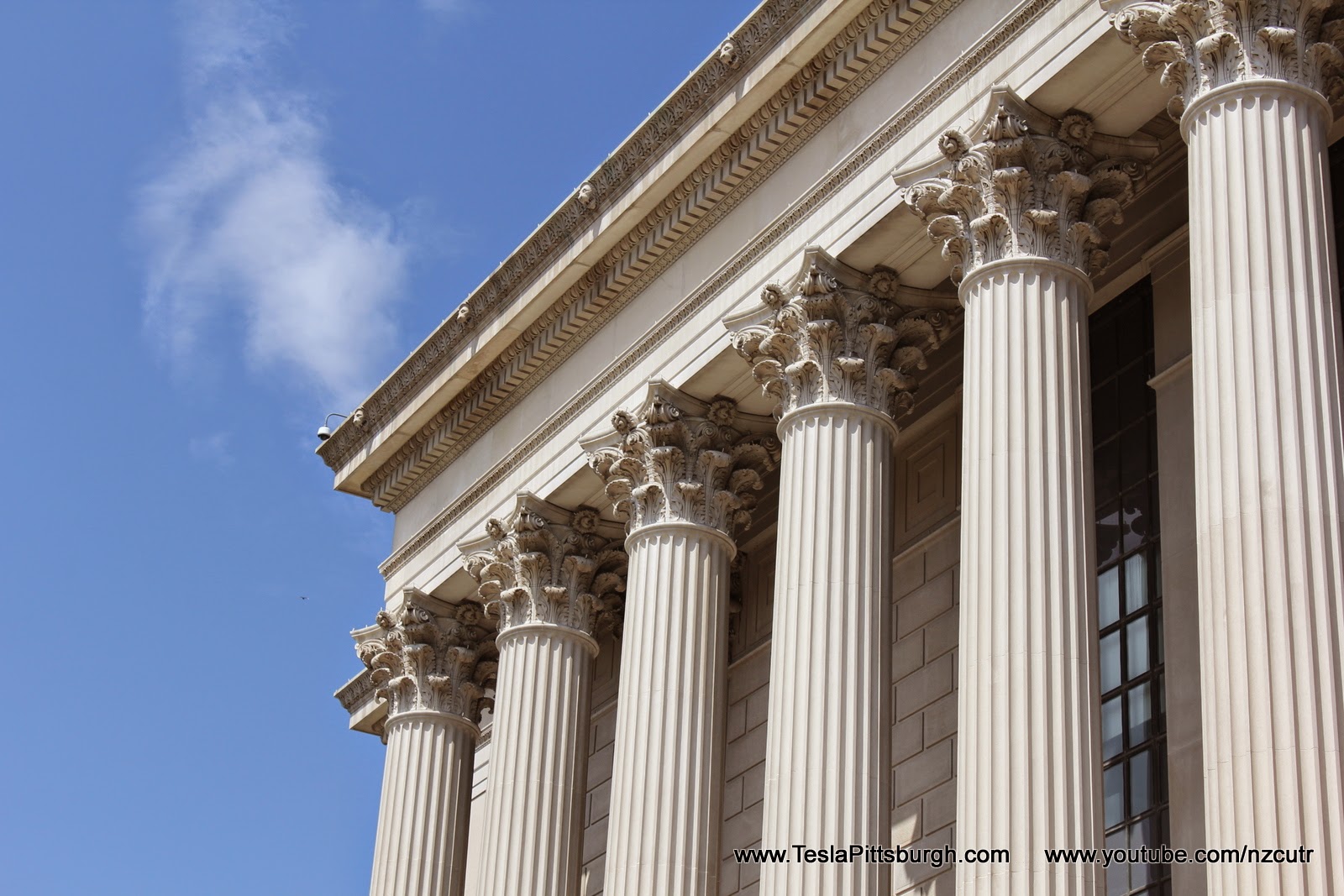 Fortunately, there's always something else to see in DC!  We were definitely taking Serena out of our comfort zone a little bit though, with several days of commuting ahead of us and parking downtown.  I was more than a little uneasy about the parking situation...plus dealing with DC traffic to get there!  Just how good an urban warrior is the Model S??

Washington was mostly a destination of convenience.  Given that our wedding commitments had captured the beginning of our vacation week we felt Boston (an early contender for our attention) would be too difficult to enjoy in the remaining time, especially since the current Supercharger network mandated a return by way of Philadelphia.  Looking at the future maps of Superchargers, Boston becomes a nice apex in a loop trip back through Albany and upstate New York.  We've now skipped Boston two summers in a row-- but maybe next year?

Staying with relatives in Chantilly was more about having time to visit them than any monetary savings.  While commuting in the Tesla meant we wouldn't be spending gas money, we would be spending quite a bit of time each day shuttling ourselves in and out of town.  The Metro commuter trains might be faster (debatable) but they certainly weren't cheaper than driving a Tesla! Besides, I wanted to shake and rattle the car and make sure it wouldn't break.  DC traffic would be just the test I wanted. 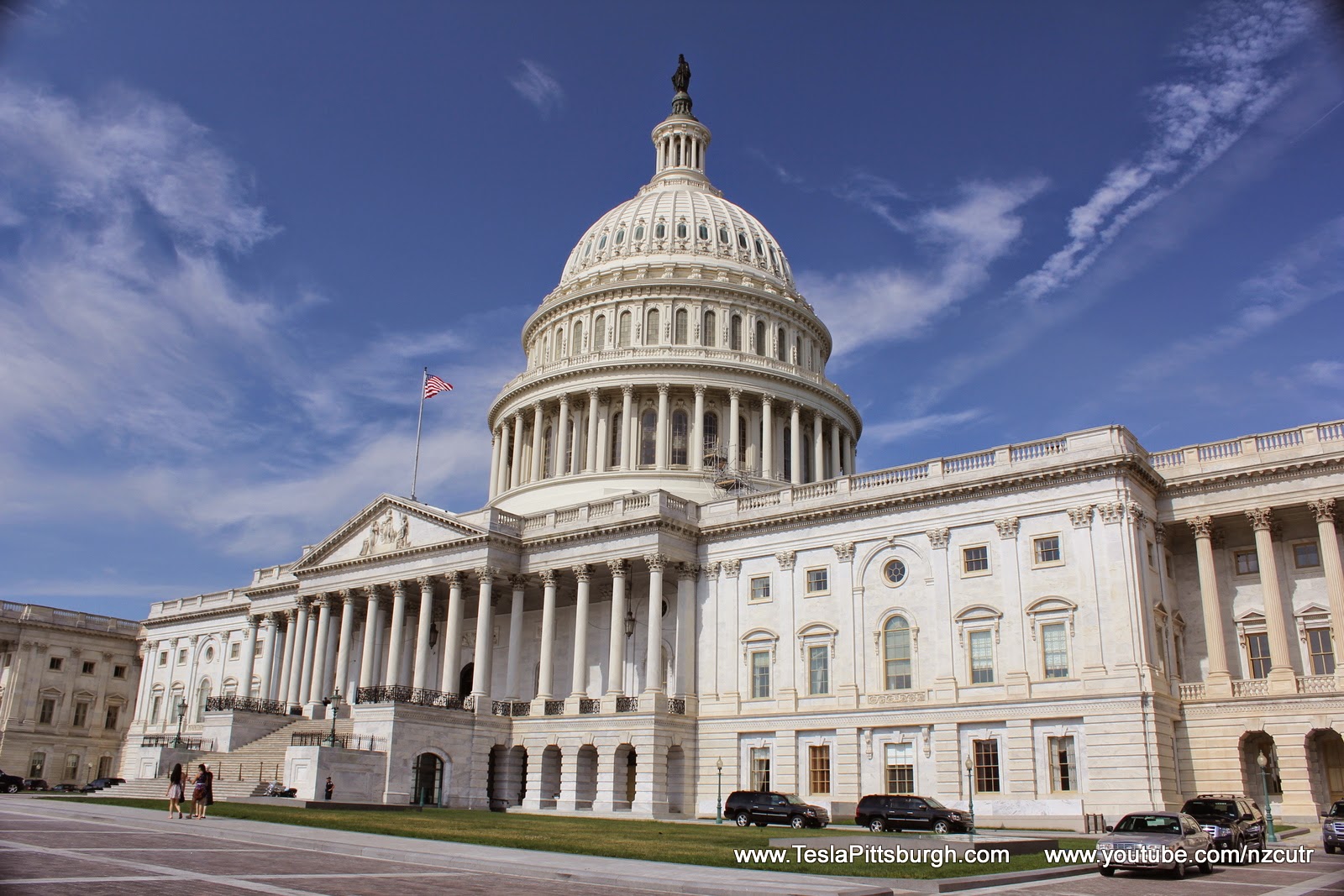 We commuted into the city a total of 3 days.  Once late and twice early.  It was bad each time!  Traffic would be gradually thicken as we the suburbs blended into the cityscape.  Driving any car with PA plates would brand you an outsider but any hope I had of getting friendlier responses in a Tesla were immediately dashed.  Admittedly, Serena is a grey car-- not supermodel Red or mysteriously black-- but I think DC drivers have seen enough of the world to know they don't want to follow anyone else around it and are quick to close all the gaps in traffic.

I've driven enough places that I've learned to be flexible.  Enter the tide slowly and just go with the waves! Try to learn the local customs, then adapt to fit.  I can't change my plate but I can try to blend in.

Traffic was tight with tailgating and aggressive lane positioning rampant.  Any attempt to signal a lane change was met with blocking and deliberate moves to close any available gap.  Hmmm...  Here's where the Tesla began to surprise me.  It's a large car-- quite wide-- but she's got reflexes and agility thanks to the electric drivetrain that can't be matched.  Indeed, the lady can dance!  Pretty soon it became abundantly clear that if I could fit the car in a gap-- even well ahead of us-- I could mash the throttle and BE THERE before any other driver could counter the move.  Bouncing the throttle off the regenerative brakes and back to the prevailing cruising speed with zero drama and at my whim.

I would venture to say that beyond being surprising, discovering this capability was transforming.  No more "lane anxiety"-- I could get wherever I wanted to go so suddenly and back to normal cruise equally suddenly that it was beginning to become fun.  Lane sniping could become a new rush hour sport!  I had to resolve myself to only change lanes when absolutely necessary to keep the power from corrupting me.  It just wasn't fair, I was cheating the system.  I'd brought a taser to a thumb wrestling match! 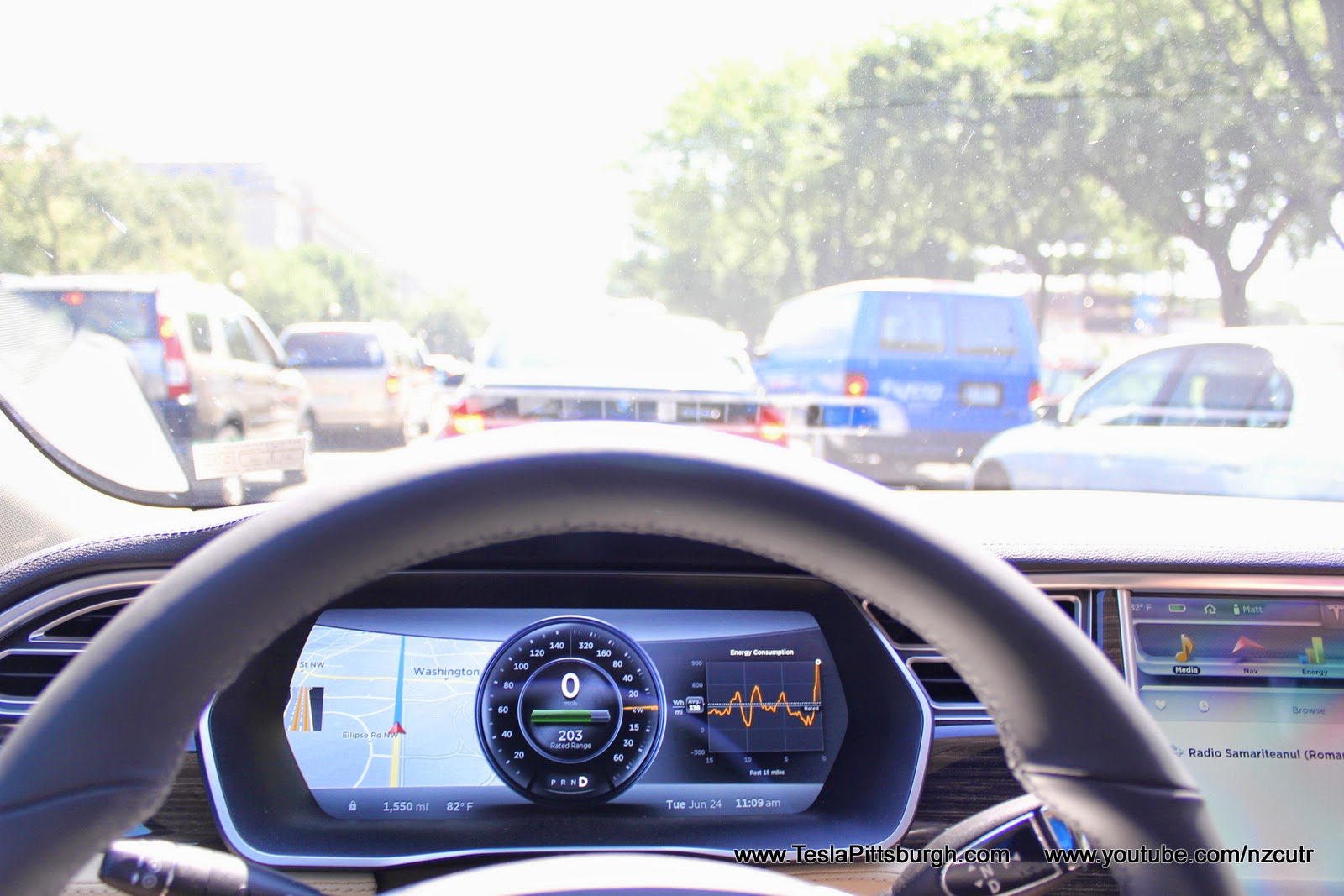 I don't remember how long each commute took but I'd guess close to an hour each way.  Nearer the city the speeds dropped to crawling and we spent quite a bit of time not moving at all.  The air conditioning was working hard to keep us cool and dry and I started noticing big spikes on the energy displays.  You can see one in the picture above.  It was quite alarming at first because I was thinking there is NO WAY we're using that much energy!  I had visions of a battery fault and rapid discharge stranding us..   then I realized that the display is PER MILE.  Doh!   Of course!   If you don't actually MOVE then your energy expenditure PER MILE gets a lot higher but your rated range doesn't actually drop--  well, not noticeably.   Sure scared the crap out of me for a minute there. 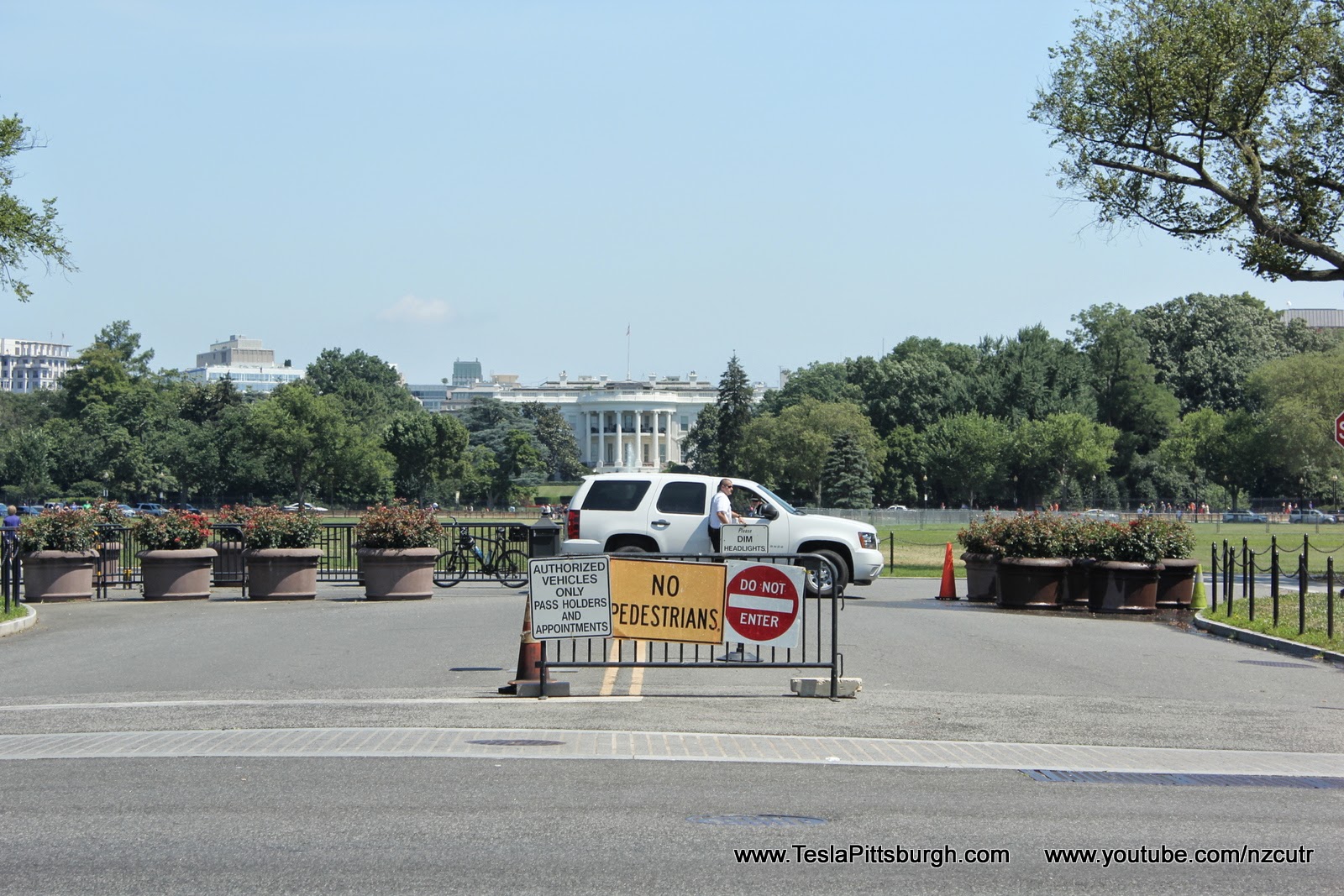 That may be some of the best home security I've ever seen.   Getting around an unfamiliar city is always daunting but hats off to Tesla for making it as easy as they could.  While we did have some navigational issues because of highway ramps that were stacked funny and some inconsistent signage, overall we got where we were going thanks to the huge display.  I was getting very spoiled have the Google Maps up full screen and zoomed in so that we could see where we were relative to various landmark buildings.  The satellite images are just super crisp anyway-- but for downtown DC it was really startlingly good and useful. 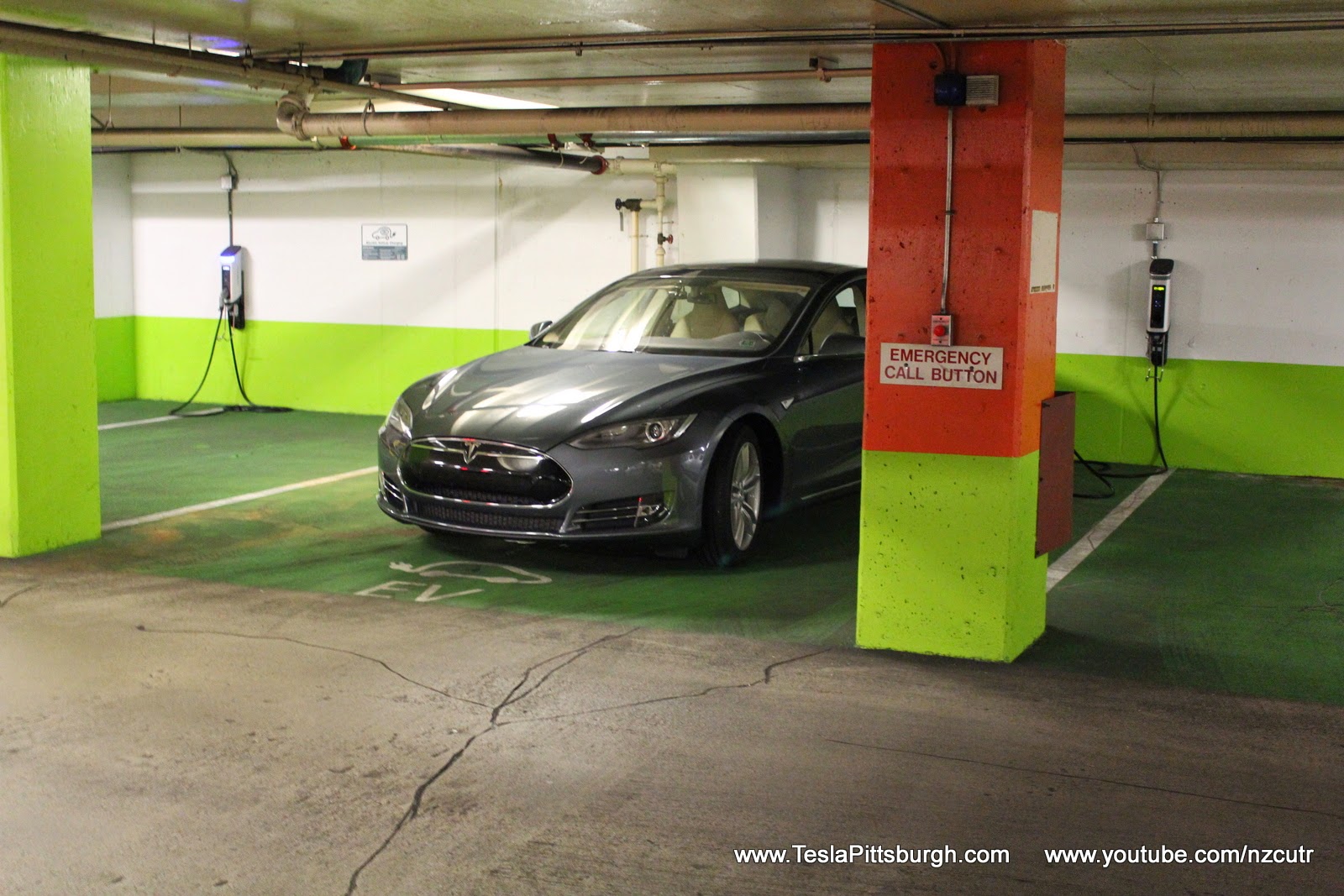 Knowing we'd be parking downtown, I'd started scouting possible garages long before we left home.  I knew from experience driving in Philadelphia and New York City that there were lots of services which would guarantee rates/spaces if booked in advance.  DC is no different and the best service appears to be Parking Panda (which also services  a few other large cities). 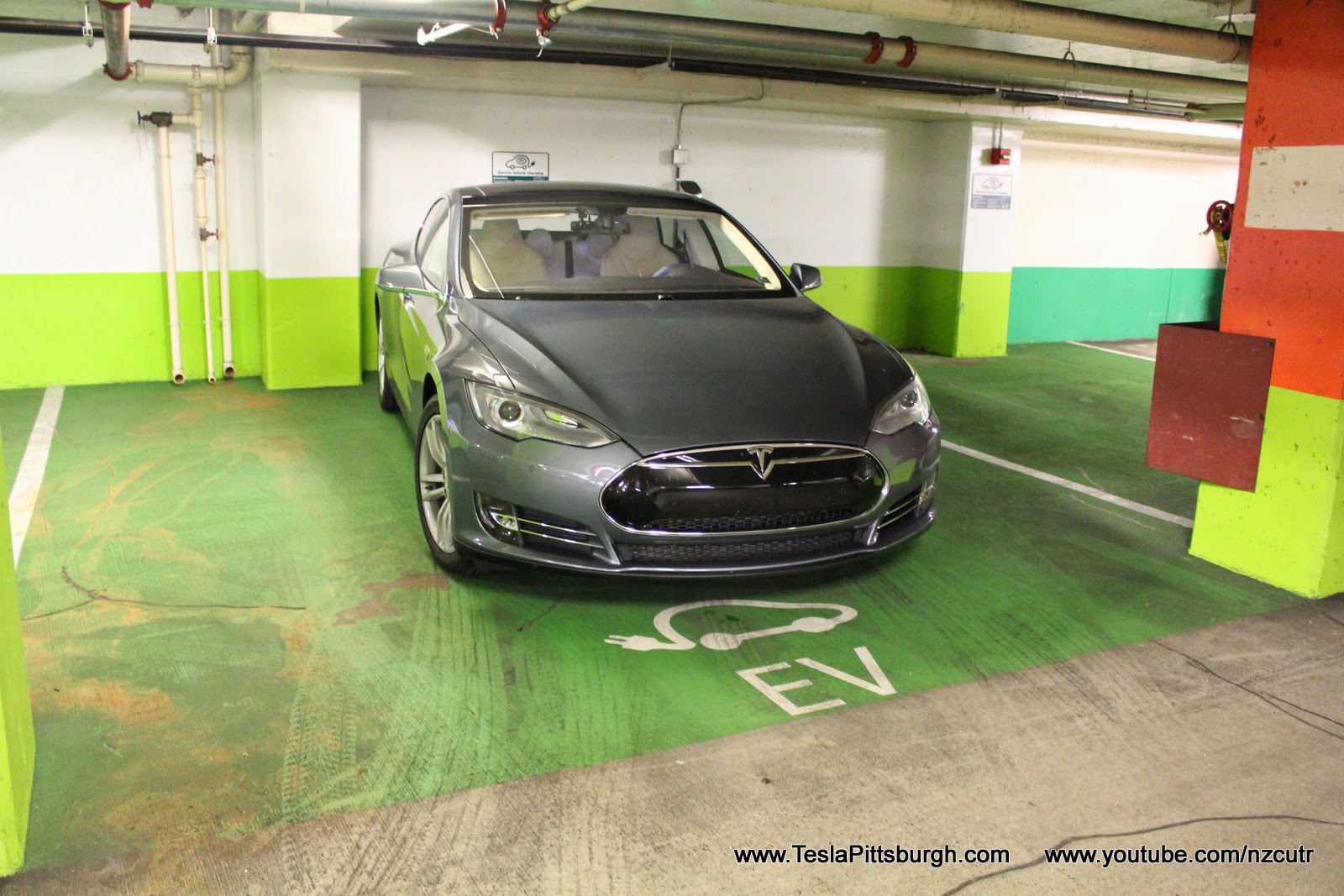 Comparing their site with Plugshare, I was able to confirm a garage right in the middle of our planned visits AND it had free charging-- though there were reports that sometimes the chargers didn't work.  Hmm.   We'd allowed for that with our dinner charge at Bethesda the night before, so it was a nice perk to find it working.  Best of all, the garage did NOT have valet parking (which I will avoid like the plague).  What most warmed my heart though, was to find a charger in a huge parking spot, right inside the garage, with big scary columns to keep doors far away from Serena's new paint.   AHHHhhhhh..... this is how it should always be!   I could go play tourist without any worries of what damage I'd return to AND have a topped off battery every day (I still can't believe we got that same space 3 days in a row!)

I won't go into all the places we went to see and things we did -- this not being a travel blog, per se--  but a good time was had by all and we highly recommend the Newseum and Library of Congress. 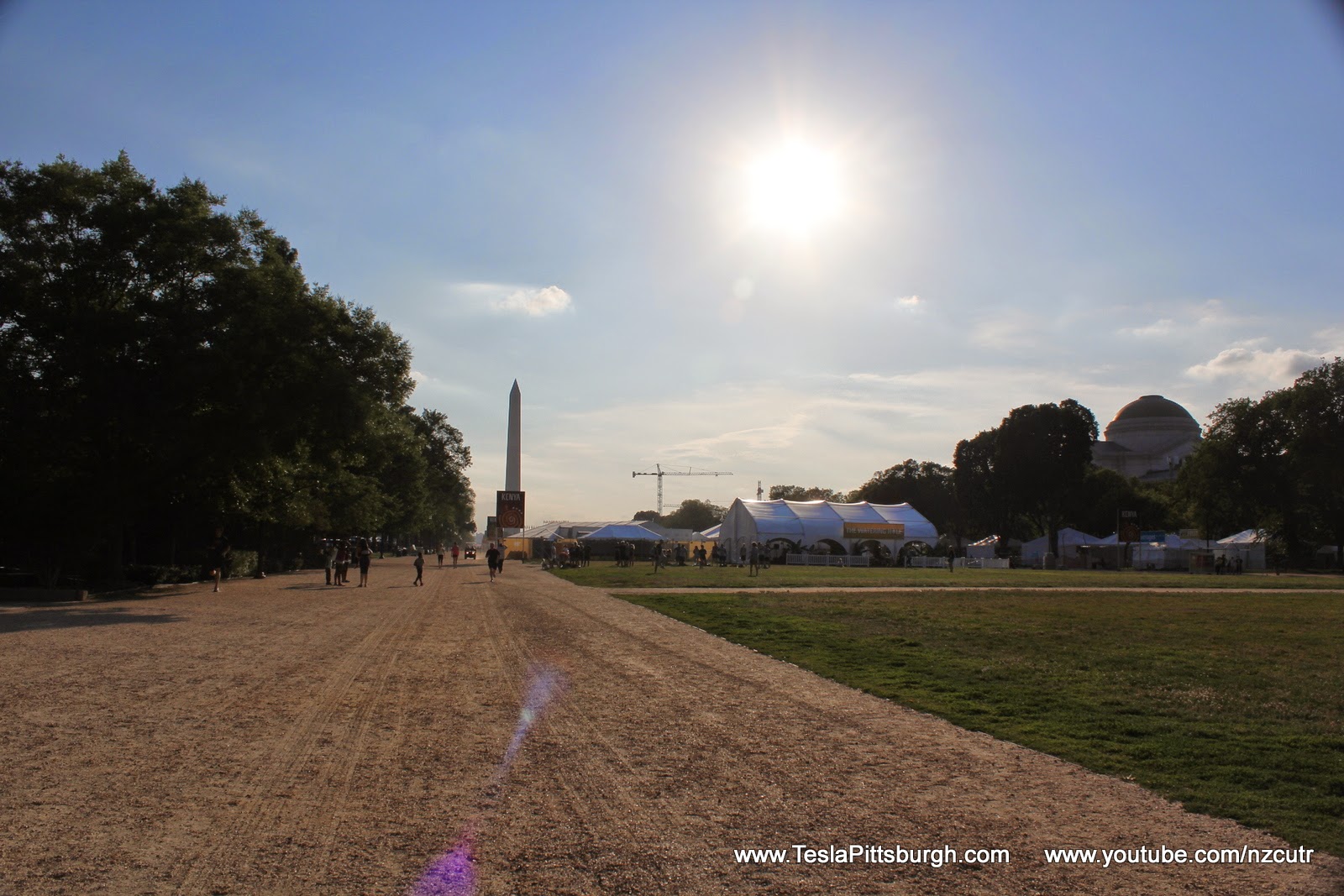 Having exhausted ourselves and our time in DC, we returned to the parking garage where Serena sat fully charged.  We settled in and then fled the city ahead of rush hour.  We recharged in Hagerstown while we ate dinner and then climbed the mountains near Chambersburg, PA to my relatives' house.  Our plans were still pretty unsettled at this point but home was starting to sound pretty darn good...

Click HERE to read about the road trip from the beginning.
Click HERE for Part 5: A Natural Detour!