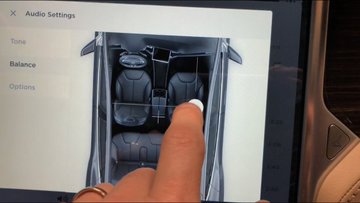 I'm a bit sheepish to admit this-- well, more amazed really...
When my panoramic roof was replaced in 2017 (and about 35,000 miles ago) it seems my "tweeter" speaker on the passenger side was never plugged back in... and it took years for me to notice.
In my defense, everything sounded fine from the driver's side, so I never knew!
Video is here:
But this explains why there was so much discussion about the bass levels--- my wife was getting a very different audio experience! It also explains why, on family road trips, there was so much fiddling with audio levels and equalizer settings to find a compromise so everyone could hear the audiobook or podcast we were sharing. They'd complain it was muffled (no tweeter) and crank the treble so that on my side it sounds like a bad phone call and I questioned their hearing. This happened every trip!
I'm just astounded that it took 3 years and 35,000 miles for me to notice! I think on the rare occasions I've been a passenger in the Tesla we must not have had the music on and/or it was on low volume because we were talking.  SO WEIRD....
I was chasing down an intermittent crackle my daughter said she heard from the passenger DOOR speaker when I noticed the sound seemed "off" on that side of the car. I quickly realized that the tweeter wasn't working.... AT ALL.
Completely puzzled, I remembered that the headliner had been replaced once and had also been lowered a second time after that for ongoing panoramic roof repairs back in 2017. Referencing my bootleg service manual I found that, yep, have to unplug the tweeter speaker in the A-pillar to removed the trim panel. It seemed likely that the service center forgot to plug it back it-- or plug it back in securely-- while reassembling the car. Hopefully, that was all I had to do to fix this issue! 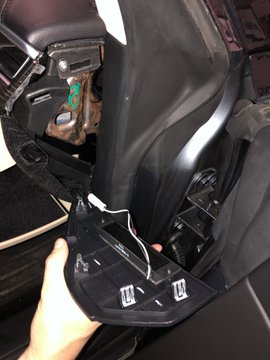 Access is pretty easy. There are four clips on the panel for the side of the dash (according to my service manual, the fourth clip must have been added later). There's a module wired in there to detect key fobs, but I just set it aside on the opened glove box door rather than mess with the harness.
Another small trim piece just lifts out (see video at top of this post) and then there's one 7mm screw under the square flap on the upper part of the trim piece.
IN THEORY, the A-pillar trim piece should just lift up from the dash with a little persuasion... but I had no such luck. There are two tabs that anchor the base of the trim into the metal grill at the bottom of the windshield (on higher-spec audio configurations I think there is another speaker under there, but not on my standard audio car). I'd read of people bending this metal grill by being too forceful, so when I couldn't get the lower part of the A-pillar trim piece to release, I decided to see what I could do with it in place.

Carefully moving the trim away from the pillar, I was able to look behind it from outside the car and down through the windshield. From that vantage point, it was immediately clear that my suspicion had been correct; the tweeter speaker was not plugged in at all.
A little more fumbling and watching my fingers from outside the car (this must have looked very strange), and I was able to get a hold of the loose connector. 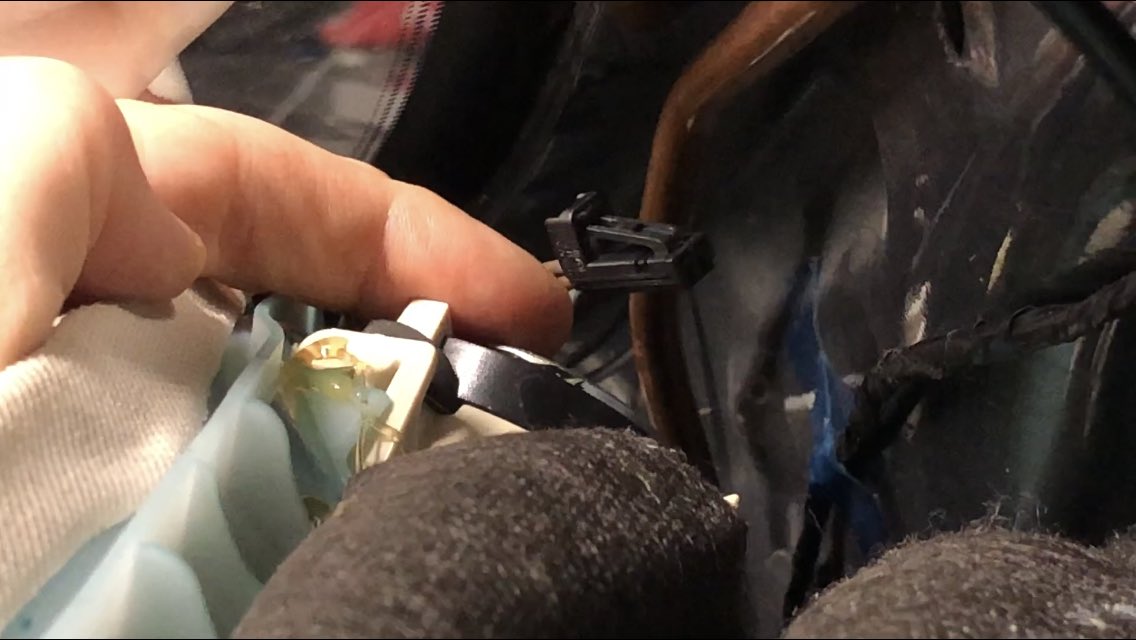 I was able to maneuver the plug around to the correct orientation on the bottom of the speaker and it snapped very loudly and positively in place. Gentle tug confirmed it was attached.
I monkeyed around with the speaker balance and confirmed the tweeter was working properly and then reassembled everything. It took me less than an hour to perform the repair (I had printed out pages from the service manual on a prior day) and that was while making the video at the same time.

There's no way that going to the service center would have been faster and there's great satisfaction in fixing things yourself. Plus, I avoided the whole conversation of explaining how I didn't think I should have to pay to fix something that I clearly couldn't have broken myself-- but was now THREE YEARS from when it was broken. That might have taken an hour just to explain... not to mention the associated costs if the service center disagreed with my theory (I'm LONG out of warranty at 6+ years, 88k).
Should the service center have remembered to plug in the speaker? Absolutely. I'm not ruling out the possibility that it was plugged in loosely and fell out... but the positive snap of the connector suggests to me that is highly unlikely. I think they just forgot.
On the other hand, while taking things apart I noted that when they rerouted my dashcam cabling during the headliner replacement they had done a much better job than I did! So that was a perk!
Our local service center (Wexford, PA) is really quite superb and, unfortunately, it seems to be an outlier in Tesla customer service based on reports I've read from other parts of the country. This was a rare lapse and an easy one to make. I'm just glad it was also an easy DIY fix, but let this be a reminder to all to verify EVERYTHING works after EVERY repair.
YouTube version of the video in case you couldn't see it above:
Thanks for visiting us here!
CLICK to read more at www.TeslaPittsburgh.com, check out the videos on our YouTube channel at www.YouTube.com/NZCUTR and follow us on Twitter: https://twitter.com/TeslaPittsburgh. Local owners/enthusiasts are encouraged to join our CLUB page: https://www.facebook.com/groups/TeslaPittsburgh/ Please note: We are not specifically authorized, sponsored by, or otherwise directly associated with Tesla Motors and make no claims to be so.